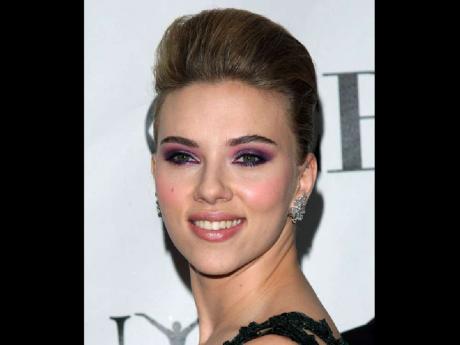 Scarlett Johansson has received a star on the Hollywood Walk of Fame.The Avengers star was joined by her co-star in the Marvel's movie, Jeremy Renner, when she acknowledged the prestigious accolade on Wednesday.

Jeremy, who plays Hawkeye in the motion picture, joked about having a horrible work experience with her.

"Working with her was tremendously awful. For six months, she continuously threw me around, beat me, stepped on me and wiped the floor with my dignity and self-respect every day — all with a smile on her face.

"Now, finally. I get to step on you, sweetheart."

The 27-year-old actress has been gracing the big screen since she was 10 years old.

The New York-bred actress thanked her mother and grandmother, who were present, for "inspiring me to be a strong, modern, independent woman".

Scarlett made her film debut in 1994's North, alongside Elijah Wood.

Then in 1998, she starred in The Horse Whisperer, following that up with 2001's Ghost World.

Other notable works of Scarlett's include the critically acclaimed Lost in Translation, (2003), Match Point (2004), and A Love Song For Bobby Long (2004), for which she was nominated for a Golden Globe award.

She plays 'Black Widow' in her latest offering in which Robert Downey Jr, Samuel L. Jackson, and Chris Hemsworth, among others, also feature.