Robert Florea - touching the lives of the destitute 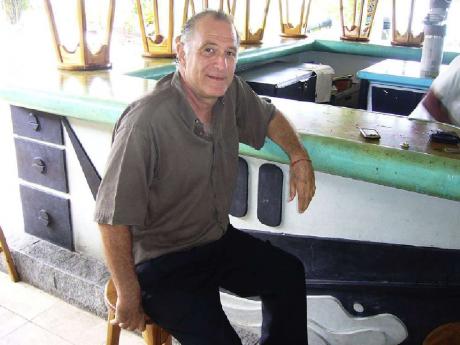 WHEN ROBERT Florea took up residence in Jamaica in 1988, little did he know that the years to follow would result in him playing a major role in the lives of residents who are in dire need.

It has been 23 years since Florea, a United States citizen, moved to Portland, which has seen him taking over as chairman of the Port Antonio Rehabilitation Shelter and manager of two community football teams.

"I am at peace in Portland. My passion to share with the needy came about through fervent prayer, asking God to see how best I might be able to assist the less fortunate and the destitute. I love what I am doing, and my wife is a true inspiration. Ever since donating a tidy sum to the rehabilitation shelter, I have been attached to that facility and its residents. I have met some amazing people there, who, because of poverty, low self-esteem, lack of confidence, and without family, are unable to function independently."

According to Florea, between the rehabilitation facility and the football teams, he has been able to positively affect the lives of all the parties, which has given him a sense of accomplishment, fullness, and peace, as his love for the common people is displayed daily.

Florea added that although every community has its share of violent practices, the people in Portland are probably the most friendly he has encountered over the last 23 years. He added that the thought of touching people's lives was a motivating factor for him.

Florea's work thus far has not gone unnoticed as Dale Westin, general manager of the Errol Flynn Marina, has indicated that the work undertaken by Florea should be made public. According to Westin, Florea has transformed the rehabilitation facility in such a way that the residents there hold him in high regard.

One of the residents, who has been at the facility for more than three years, Richard Morris, said a number of measures put in place by Florea have been bearing fruit and have motivated residents at the facility to get more involved in supporting the new initiatives.

"Him teach us to plant our own garden. And so we now have our own fruits and vegetable growing. We are now raising our own chicken for food, and we are happy with what he is doing here for us."

In addition, Florea is managing the Eagle Strickers football team, which is contesting the Sper League, along with another community-based team at Drapers. He has also been contracted to coach a Portland all-star team, which went to the quarter-final in last season's national competition.