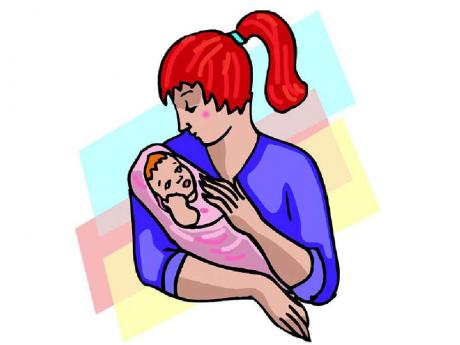 Q: Doc, I am no longer a virgin, but I have read your comments in The Gleaner about the operation which can make a girl seem like she is a virgin again. Could I have this operation? I can afford it because I have an aunt in the United States of America who would pay. There is an additional complication. Three years ago, when I was 17, I had a baby. So could I still have that virginity operation? I would like it done before I get married.

A: The so-called 'restoration of virginity' operation is a simple one. For those who can afford it, it provides a way of making it seem as though the woman has never had sex.

But please bear in mind that this procedure is a kind of deception. It is intended to persuade some man into thinking that the girl is still a virgin.

In the last few years, some women have been trying to practise an even greater deception. Although they have given birth to children, they are pretending that the childbirth never happened, and that they are still virgins. That is what you want to do.

Well, technically, it would be possible to operate on you in order to create a little flap of tissue which looks like a hymen (or virgin's veil), but I must tell you that I have looked at the websites of a number of 'virginity restoration' gynaecologists in Florida and elsewhere, and they are now saying that they will not do the operation on women who have had children.

To be frank, if you can pay enough money, you could probably find a surgeon who would be willing to carry out this operation for you. However, please bear in mind that you undoubtedly have had other changes in your body, which would indicate to an alert male that you have had a child. These include marks on the skin of the belly, and changes in the breasts.

I suspect that if you are determined enough, and have enough dollars, you will manage to get the procedure done. But I ask you to consider whether that would be fair to the poor guy who you are, presumably, trying to fool into thinking he is marrying a virgin.

Q. Doctor, I am currently pregnant for the first time. I have to do some lifting every now and then, however, persons have been advising me against this. Could lifting cause a miscarriage?

A. Please bear in mind that a miscarriage happens in one in every five pregnancies. So it is a very common thing. However, I have never known ordinary day-to-day lifting to cause a miscarriage. For instance, there is no danger at all in picking up, say, a bowl of fruit or a trayful of crockery.

Nevertheless, I do not think that a pregnant woman should be lifting up very heavy weights, like for instance car tyres, or even large children. If you do have to lift anything, take care to lift with your knees, and not with your back. Back strains are very common in pregnancy, and they are often due to lifting.

A. No, it isn't. This symptom indicates either a broken blood vessel somewhere, or an infection picked up through sex with someone. My guess is that you will be fine; but you really must see a doctor during the next week to have your 'equipment' checked out.

Q. I am a guy who tends to discharge far too quickly, so I have got into the habit of ensuring that I have a climax just before I go out with a girl. This makes me 'slower' when I have sex with her an hour or two later. Is what I am doing OK, Doc?

A. Well, it certainly works, as you have discovered. Most guys do find that the second orgasm of the evening takes longer to happen. But obviously, you have a degree of premature ejaculation, like many young men. It would be better if you saw a doctor to maybe get some treatment.

Q. Can you help me to settle an argument with my friends, Doc? Does the Pill make a girl's period pain worse or better?

A. The Pill makes period pain much better. Indeed, it should really abolish menstrual pain altogether. If it does not do so, you should ask your doc for a another brand.

Q. I had prolonged sex with a girl in Port Antonio last week, Doc. Now I find that the skin of the shaft of my male organ is sore and chafing, particularly when it rubs against my pants. Is this some form of sexually transmitted infection (STI)?

A. These are not the symptoms of an STI. My guess is that you are just sore because of friction which occurred during the prolonged intercourse. However, there is a chance that you have picked up a fungus infection, which many people call yeast. So it would be best if you asked a doctor to examine your penis and made sure that all is well.