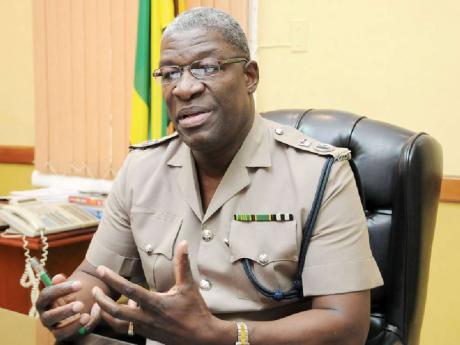 DESPITE THE painful realities now facing Rejoin in Hanover, Police Commissioner Owen Ellington yesterday said that he was satisfied with the police's anti-crime measures in western Jamaica.

His comments came during a visit to the grieving community where four persons were killed on Wednesday night.

"Hanover is having a spike in murders, but St James has reduced its numbers after starting out with a spike in January. Westmoreland has seen a reduction and Trelawny has seen reduction," the commissioner told The Gleaner during his tour of Rejoin with National Security Minister Peter Bunting.

"I am satisfied that our strategies are working," he emphasised.

Bunting expressed sadness at the ghastly act as he sought to comfort the affected families. The national security minister said he was particularly concerned about the brutal crime against at least two senior citizens.

"Since the start of the year, the statistics have shown that most of the victims have been men in their 40s, 50s and 60s," Bunting stated.

The Police Area One Division comprising Hanover, St James, Trelawny and Westmoreland has recorded 18 murders this year compared with 10 for the similar period last year.