Assamba's tour of duty in UK begins this month 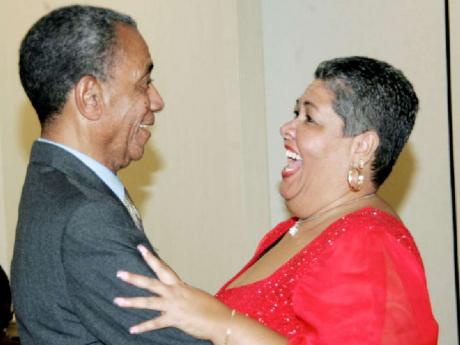 ALOUN ASSAMBA, former government minister will take up her post as high commissioner to the United Kingdom (UK) later this month.

Foreign Affairs and Foreign Trade Minister Senator A.J. Nicholson yesterday confirmed that Assamba would head the mission to the UK.

The attorney-at-law and former tourism minister replaces Anthony Johnson who has been recalled by the Portia Simpson Miller administration.

Nicholson said that "Mrs Assamba's wide experience in several areas of the social, cultural, economic and political life of our country, over time, will serve as cornerstone assets, as she embarks upon this new assignment".

Commenting on her appointment, Assamba indicated that the task ahead was not lost on her.

"My appointment as high commissioner of Jamaica to the UK has happened in the same year that we observe our 50th anniversary of Independence, and in the same year, too, that we anticipate great Jamaican feats in the 2012 London Olympic Games," she explained.

She said emphasis would be placed on increasing the importance of the diaspora as it relates to Jamaica's development.

Meanwhile, informed sources say that the Government is still awaiting correspondence from the Barack Obama administration before Stephen Vasciannie, who is currently principal of the Norman Manley Law School, can take up his post of ambassador to Washington.

The Opposition Jamaica Labour Party has raised concerns about the recall of both Johnson and ambassador to Washington, Audrey Marks, before their tour of duty ends.