Embracing the comforts of home 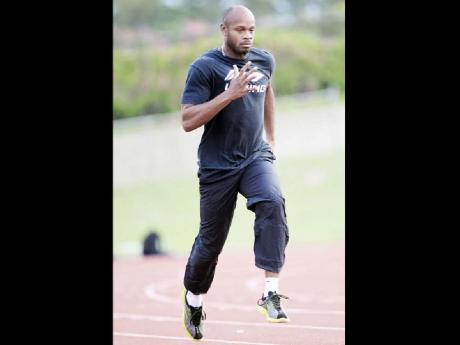 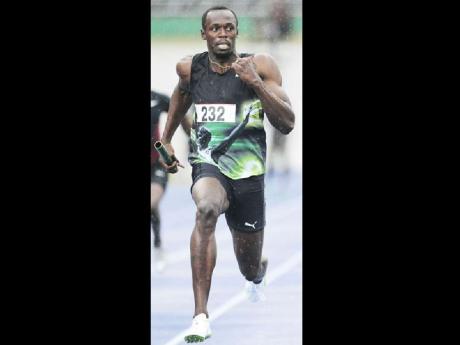 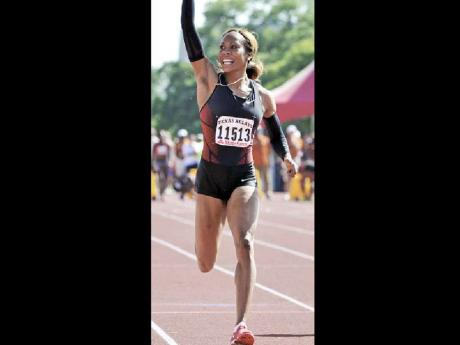 The deep pool of Jamaican high school track and field talent, once easy pickings for United States colleges, is in danger of drying up with the increase of professional clubs and scholarship offers in the island, plus the eagerness of athletes to embrace the comforts of home.

Although current statistics do not confirm any glaring decline in the number of Jamaican track and field athletes seeking entry to US colleges, observers in the sport have already noticed a developing trend that could be worrying for overseas recruiters.

"Yeah, most definitely, I think (the expansion of local clubs) is going to affect the number of students that leave from Jamaica to America," said Maurice Wilson, coach of Holmwood Technical's girls team while attending the 118th Penn Relays last weekend here. "As a matter of fact, I think it has already started."

Information from the National Collegiate Athletics Association (NCAA), which governs university sports in the US at the Division I and II levels, does not indicate a significant change in the number of Jamaican track and field athletes over the past few years, even with more clubs emerging in Jamaica. Over the last three years, the NCAA Eligibility Centre, which screens incoming athletes, showed an increase of track and field athletes from Jamaica - 104 in 2009, 139 in 2010 and 142 in 2011.

However, 2012 - an Olympic year when the sport's profile is at its peak and high school athletes are likely to scrutinise decisions by successful national stars and their benefits more closely - could be a crucial indicator. The bulk of enrolment of Jamaican athletes to US colleges will be done about August/September. However, fewer than 50 athletes had registered with the NCAA Eligibility Centre through January. Yet, some observers are not ready to predict wholesale rejection of American scholarship offers in the future.

"I don't think the (recruiting pool) has dried up," George Forbes, competitions officer for the Inter-Secondary Schools Sports Association (ISSA), the governing body for high school sports in Jamaica, said at this year's Penns.

"Invariably, not everybody will go to US colleges. Some people are opting to go professional (in Jamaica), but others are still wanting that university education (overseas)."

US colleges still provide that option, especially for non-elite athletes leaving Jamaica's high schools. However, track insiders like Wilson believe the trend of Jamaican athletes staying home with local clubs and colleges - especially the elite ones - is about to change dramatically. Last year, for example, Ristannana Tracey, outstanding at Edwin Allen for years, declined US scholarship offers to join a local club and attend school in Jamaica. In recent years, several who later became world stars, including Usain Bolt, Yohan Blake, Shelly-Ann Fraser-Pryce and Asafa Powell, made the same choice.

"Everybody has a decision to make," said Fraser-Pryce at Penns last weekend. " ... I chose to stay home because I had my family there and I don't want to leave my mother and my brothers.

" ... Stephen Francis (her coach at MVP Track Club) offered me a scholarship to stay in Jamaica and I grabbed the opportunity."

Forbes said there has been no significant drop-off in enquiries about Jamaican athletes by US colleges in recent years. Recruiters still flock to high school meets like Gibson Relays and Boys and Girls' Championships. But their focus may be shifting a bit.

"They still want to come and look at the championships with a view to recruit athletes," Forbes explained. " ... (But) field athletes are getting and accepting more scholarships."

For decades, Jamaican athletes - particularly those who excel in the sprints - have contributed heavily to the success of US college programmes. Some predict recruiters, no longer able to pluck elite athletes from Jamaica, will be forced to rely more on their own coaching skills and lesser talent to succeed.

"You don't stop asking for the top athlete," said Lennox Graham, a former national hurdler who coaches at Johnson C. Smith University and recruits heavily from Jamaica. "But you are aware the answer may be 'no', they don't want to come to the US.

"The (talent) pool is deep in Jamaica ... So if you don't get the top ones, you'll try to get the next tier, and the next tier is still good."

The appeal of Jamaica's professional clubs was sparked by the enormous success of MVP, which was started in 1999 by Francis and others. The accomplishments of former 100 metres world record holder Asafa Powell and others like World and Olympic Fraser-Pryce proved Jamaicans could excel without training abroad.

Others, most notably Racers Track Club with superstars Usain Bolt and Yohan Blake, have had the same influence.

Now there are roughly a dozen prominent clubs where Jamaican athletes can go for top-class training while getting a chance to further their education. The University of Technology (UTech) and University of the West Indies (UWI), for example, serve as important support systems for MVP and Racers, respectively.

Furthermore, the US college experience, many Jamaicans have found out, may not suit them. Years ago, for example, Anneisha McLaughlin, a former Holmwood and Jamaica youth international star, failed to fulfil the promise she showed as a junior while on a US scholarship and returned to Jamaica to join MVP. Her career underwent a marked resurgence. Big money earned by some Jamaica-based athletes, like Bolt, is added incentive to stay home.

"Once Jamaica continues to produce top-class athletes, and there is a facility to house them, persons are going to move towards that facility," explained Wilson, who coached McLaughlin. " ... (They) see athletes doing very well financially (in Jamaica), they're going to migrate towards that sort of situation."

Observers, however, acknowledge advantages of going to the US Jamaican athletes get a quality education and the chance to explore different cultures. Away from home, some benefit from reduced distractions.

Yet, according to Wilson, athletes now approach him much earlier to enquire about leaving high school to turn professional or enrol in local institutions. The offers from Jamaican institutions - usually a combination of tuition, room and board - are what US schools use to lure them overseas. At home, they can get more.

"The colleges in Jamaica now are competing to offer similar to what the USA used to offer or still offers," said Wilson. "Plus being close to home, your own food, close to your family and friends."

Staying in Jamaica is not a bad plan, according to Jamaica-born, US track star Sanya Richards-Ross.

"I think it's amazing if someone can be born in Jamaica, train there and then get the same kid of expertise they once got abroad," said the Vaz Preparatory and University of Texas alumnus. "So I'm all for it."

As for US colleges losing out on coveted recruits, Richards-Ross believes the focus should be on what's best for the athletes.

"Of course, it's gonna limit the number of athletes (who leave for US)," she said. "But I think it's a personal choice and preference ... So I think to have the opportunity is fantastic."

How the emerging trend pans out - who stays and who goes - is still debatable. Some prefer to wait a bit longer to judge.

"More options are available (for athletes)," said Forbes, "but I think it's kinda too early."

For others, it's already clear-cut.

"At first, it was just MVP, but now you have (other clubs)," said Graham. " ... So obviously, there are more local options; so it will negatively affect the pool that US coaches have to choose from."

As the talent pool of elite Jamaican athletes shrinks for US colleges, they will be forced to step up their game.

"If you get the top tier (athlete) you're happy," said Graham. "If not, you still have to do the coaching."

It's either sink or swim.