Henriques aims to be the best 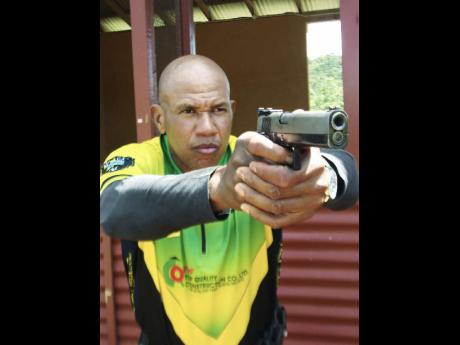 Mandeville-based international shooter, Orville Henriques, says his performance at the recent Area Six United States Practical Shooting Association (USPSA) championships in Florida is an indication he is on the way to being the best exponent locally.

Henriques, who is the president of the Manchester Rifle and Pistol Club, finished fifth in the marquee Limited section, won by American Blake Miguel, the World Champion in Greece, last year.

Henriques' returns over 12 stages and against 82 shooters in the Limited shoot section were at 90.9 per cent and good enough for second spot in the Master Shooters category. His overall returns also copped him the award as the tournament's best international shooter.

He said he was determined to improve on his last international outing at the Florida Open, where he finished ninth and a disappointing 79 per cent return.

He told The Gleaner: "My aim is to be the best and I needed to assert myself on the international stage, and I am glad I was able to do that; things can only get better from here."

Among his highlights was his first-place finish in stage Nine titled 'Heavy Metal', while he was second on Stage 12 and third on Seven.

Brown, who had finished seventh at the Florida Open in February, and ahead of Henriques, ended one place lower at sixth. His percentage score of 84.3 was marginally better than the 81 per cent he scored in Florida.

Yapp, who competes in B class, showed the most improvement with a staggering seventh-place finish. He had finished 18th at the Florida Open and second in his class, but his percentage score was 67. At the weekend, it had skyrocketed to 84.2.

His performance topped his class and was nine places better than the same B class shooter who defeated him at the Florida Open. He was impressive on Stage two where his Jamaican teammates struggled and was third on Stage 12.

Another Jamaican, Lesgar Murdock, who has a Grand Master ranking but competes in the Open Shoot section, topped the overall percentages with 92, but was only good enough to retain his sixth-place finish from the Florida Open. Teammate Duane Samuels finished a creditable 24th overall, and the top-place B shooter.

Henriques' clubmate from MRPC, female shooter Sue Ann Henriques, also had an outstanding tournament competing in the same Limited category and alongside the men. Her 36th-place finish at 56 per cent bettered by far the 56th positioning (51 per cent) at the Florida Open.