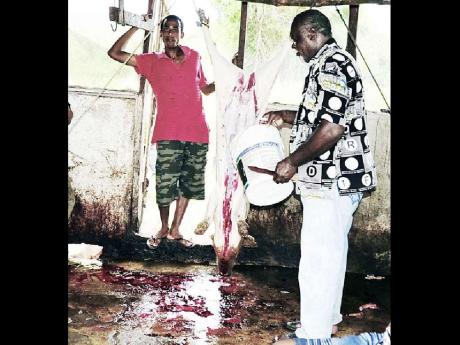 Butcher Elvis Ferguson (right) has lost much of his livestock to floodwaters over the years. He is seeking to rebuild his business, even as he readies for the 2012 hurricane season. 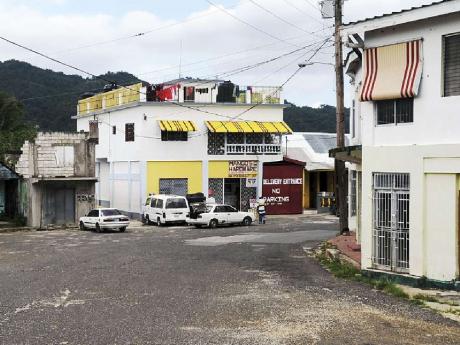 A month before the official start of the Atlantic hurricane season, residents of New Market in St Elizabeth are bracing for the possibility of again seeing their town submerged by floodwaters.

Residents are forced to leave their homes each year as heavy rains transform the area into a lake. The emergency shelters are usually filled for weeks as the water recedes. The livelihoods of the members of this farming community are greatly affected.

"I have lost hundreds of animals over the years, and each time I start to get back on my feet, it's another disaster that floors me again," 61-year-old butcher Elvis Ferguson told Western Focus.

Dasheen farmer Delroy Tingling is still reeling from the losses after seeing his crop destroyed more times than he can remember.

"Each time it happens, the authorities come and look, but nothing else is done."

Residents say there are some sinkholes in the area that need cleaning. They also pointed fingers at the Office of Disaster Preparedness and Emergency Management (ODPEM) for not doing enough to help them.

ODPEM's director general, Ronald Jackson, says communities must now take some of the responsibility to prepare for these occurrences.

"We have been promoting community initiatives because communities have to take individual and collective responsibility," he said in an interview. "This is an age-old problem in New Market, and the community members are aware that the sinkholes being cleaned could help to solve the problem. So they could plan a work day and we could partner with them."

With his budget for the financial year still undetermined, Jackson refused to commit to a specific strategy.

Checks on the ODPEM website indicated that while there were several of suggestions as to how the problem could be addressed, the community itself had no disaster plan.

It is projected that there will be 10 named storms this season, with two expected to become major hurricanes.

While not speaking specifically to the New Market situation, disaster coordinator for St Elizabeth, Shane Taylor, told Western Focus that the parish's emergency strategy would be in place for the June 1 start of the hurricane season.

"My advice is for us all to be prepared and not wait until an actual event. As we know, life and security of property and family are important as they are a vital part of our investment portfolio," she said.