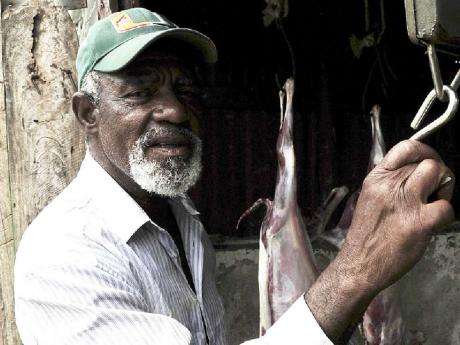 Seventy-one-year-old Isaac Robertson, who has lived in New Market, St Elizabeth, all his life, says the community has to depend on rainwater to survive. 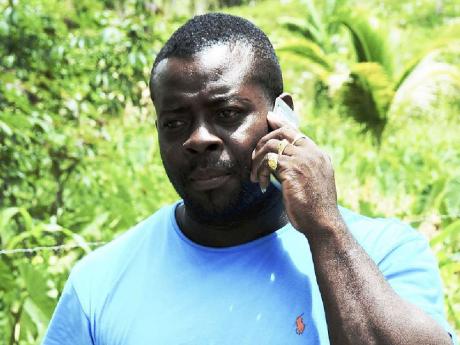 New Market community leader Clive 'Banana' Chambers says that in addition to the absence of piped water, more needs to be done to empower the youth in the area.
1
2

Residents of New Market, St Elizabeth, one of the island's most flood-prone areas, still have to depend on the elements for its day-to-day water supply. Completely impassable during heavy rains, the community has never had running water in its pipes.

"There has never been running water in New Market. From I was born, we have to be depending on the very rain that we are fearful of," said Isaac Robertson, who has called the area home for the past 71 years.

"In such a situation, we could have one problem solved, but a bigger problem with the flooding."

New Market is one of the principal towns in the Breadbasket Parish and is made up of some 12 districts. It has a combined population of about 3,000 residents.

According to Robertson, the father-and-son team of the late Neville C. Lewis and Neville B. Lewis - former members of parliament (MPs) between 1962 and 1989 - moved to solve the water problem during their tenure, but did not lived to complete it.

"The project died with the Lewises," offered 36-year-old Clive Chambers when quizzed about the contribution of sitting MP J.C. Hutchinson. Efforts to contact Hutchinson were unsuccessful.

Most of the homes in New Market are equipped with catchments or water tanks on their roofs. If there is no rain, residents will have to purchase the commodity from the National Water Commission (NWC) at $5,000 per load, or from a private supplier for $4,000.

According to the NWC's draft parish plan dated October 2011 and posted on its website, the state-owned entity produces 380 gallons of water per month in the parish through 21 wells and six surface sources.

to supply the police station, school, and a small housing development year ago, and plans were put in place for a second.

However, she could not say why there was no follow-through on the plans, nor if there was any plan in place to provide the area with a consistent supply of water.

The 64-page document stated that there is no current supply to the New Market demand zone, which also includes Mocho and Lewisville.

To address the supply deficiency in the area would cost $299 million to construct a 150mm transmission main to the affected area, with an additional plan to construct a water storage tank for the system.