Can I blame my lawyer for statute-barred claim? 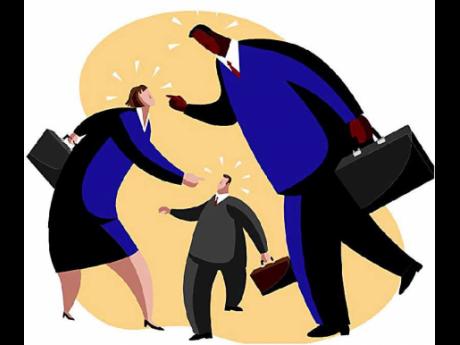 Question: I had an accident in November 2005. I was driving at dusk when another vehicle approached mine. Its headlights were on. I went way over on the soft shoulder to avoid a collision since it drifted on my side. My vehicle was hit in the right rear quarter. This caused it to spin. Another car coming from the same direction as the first hit it again while it was turning.

The driver of the first car was charged with dangerous driving and driving while under the influence of alcohol (DUI). No evidence was brought to court to support the DUI charge. After three years the matter was thrown out due to a technicality.

The insurers of the driver that hit me initially denied liability due to the DUI charge. When it was thrown out, they settled the other driver's claim. My insurers told me to get an attorney to handle my claim for personal injury and property damage.

My lawyer submitted a file with doctors' reports, receipts and claim forms. The file was misplaced twice by the company. After two years, I had to change attorneys. Other files and evidence were resent in November 2011.

The insurer's first reaction was to say that my claim was statute-barred. When confronted with evidence of their missteps, the company appears to have closed its files. I suffered a dislocated jaw, torn rib muscles and a severe whiplash. Now six and a half years later, I cannot live without painkillers and muscle relaxants. Is there anything that you can do to help?

HELPLINE: On March 8, a day after you wrote me, I sent an unedited copy of your email to a senior official of the third party's insurer. That action had two goals. To find out about the insurer's side of the story and learn if there was a chance they would handle your case more kindly and ignore the Limitations of Actions Act.

The act, which had its origins in 1881, allows the claimant "six years to bring all actions other than actions involving land for which the period is 12 years".

In both instances, according to the website of a local law firm, the limitation period "is calculated from the time of the alleged wrongful act".

The second goal was not achieved. There were two reasons for this. The first was not stated in company's official response which I received on April 25. This insurer, like many of its counterparts, has been losing money on motor insurance for a few years.

This probably accounts for its hard-line approach. This reason is linked to the second.

The company's senior legal counsel reviewed your claim. Her response was, as is to be expected, lawyerly. She wrote that "the delay in the settlement of the claim was no fault of XYZ Insurance Company and was due entirely to the tardiness of the claimant's several legal representatives".

Not a word about your pain and suffering and the costs and expenses you have borne over the past six years.

Section 6(2)(a) of the FSC Act mandates the commission "to ensure that appropriate standards of conduct and performance are maintained" by the institutions it regulates.

I examined the guidelines to see if the third party's insurer had breached any of the regulator's standards. The guidelines are completely useless; they are not worth the paper on which they are written!

The Association of British Insurers (ABI) Code of Practice was very helpful. It recommends specific things that insurers should do in relation to the handling of claims in which third parties are injured.

It is not relevant here for three reasons. One is that the code is voluntary. The second is that the third party insurer in your case is not a member of that group.

Finally, even if they belonged to ABI, the code would not have applied. The particular code applies only to third-party claimants who are not represented by a lawyer.

The California Department of Insurance is my favourite insurance regulator. Its Fair Claims Settlement Practices Regulation, which was issued under that state's insurance code, imposes a specific duty on insurers operating there in relation to claims that may become statute-barred.

One section says: "Except where a claim has been settled by payment, every insurer shall provide written notice of any statute of limitations or other time period requirement upon which the insurer may rely to deny a claim. Such notice shall be given to the claimant no less than sixty (60) days prior to the expiration date. If notice of claim is first received by the insurer within sixty (60) days of the expiration date and such date is known to the insurer, then notice of the expiration date must be given to the claimant immediately. This subsection shall not apply to a claimant represented by counsel on the claim matter or to a claim already time barred when first received by the insurer."

Your lawyer's duty extends well beyond the resubmission of the claim as the voluntary UK and obligatory California codes imply.

He, or she, should have taken steps to preserve your legal rights against the person who caused the collision and/or the insurance company.

With the closure of the "insurance company door" another may have opened. Explore the possibility of suing the second attorney in order to obtain redress.

Cedric E. Stephens provides independent information and free advice about the management of risks and insurance.aegis@cwjamaica.comSMS/text message to 812-7233