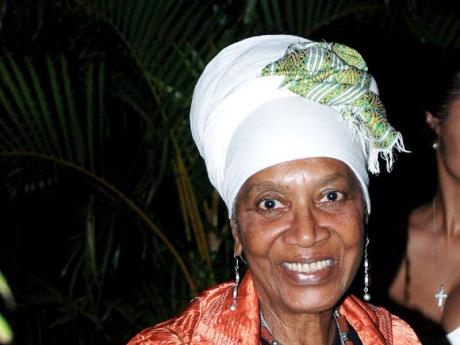 Director of the Reggae Film Festival (RFF), Barbara Blake-Hannah says the event has grown tremendously and this can be seen in the increase in sponsorships.  In previous years, she struggled with getting sponsorship for the event but on this occasion there were improvements.

Blake-Hannah said that the Jamaica Tourist Board and Flow joined RBC Royal Bank as sponsors for this year's event.

"The endorsement of all these organisations were an asset overall. All three gave us excellent support. More sponsors would enable us to bring film personnel from overseas to interact with the film-makers who enter our event, and would enable us to expand our programme also," Blake-Hannah said.

She added that there was growth in the overall festival. The Make a Film In 24 Hours Competition had a successful third year with entries from first-time, upcoming and seasoned creative film-makers.

Of the seven teams that participated, Aston Cooke was declared the winner for his entry Take Me To The Ball, second place went to Mezan Ayoka and Kyle Chin for Grow, Jamaica, Grow, while third place went to Basil Smith for Cyan Stay Suh.

The theme for this year's competition was Jamaica 50: Rebirth of a Nation.

According to the winner, Aston Cooke, his entry centred around an elderly couple who were getting ready to go to the Jamaica 50 ball and were reminiscing about the days when they would get dressed up.

"I used actress Dahlia Harris and actors Fabian Thomas and Akeem Mignott for my entry. We were judged on script, acting, cinematography, editing and technique, so we wanted to have fun with it. I've never filmed before, my strength is in being a writer," Cooke told The Sunday Gleaner.

This year's staging of the film festival awards was historic because for the first time more than 60 per cent of the festival films were Jamaican, with all four feature films by Jamaican directors.

Blake-Hannah said the festival has inspired the growth of the local film industry and that the Make A Film In 24 Hours Competition has inspired young film-makers and would-be film-makers.

"We have a real grass-roots industry growing up with short films, animated and even feature films that we didn't have four or even five years ago. The RFF is 'democratising' film in Jamaica, spreading it from the 'haves' into the hands of the 'have-nots' by giving them a window of opportunity," she told The Sunday Gleaner.

The directors of the Jamaica Film Academy also presented an Honour Award, celebrating Jamaica 50 to Harry Belafonte after viewing the documentary titled Sing Your Song.

According to Blake-Hannah, "we felt Belafonte deserved to be recognised for his work in film and as a Jamaican in this Jamaica 50 year. We are sending off his Award to him. This year we also felt it proper to honour Chris Browne, the director of Ghett'A Life, whose work over the past 40 years in film has covered directing, scriptwriting and cinematography. He's the best all-round film-maker Jamaica has right now."

"We have a unique creative culture and our films can be as good and as financially successful as the films of any other country. Perry Henzell showed the way, and his film has become an international phenomenon. We will do it again, over and over, so investors should back the film industry, because there is money to be made just as in music," she said.