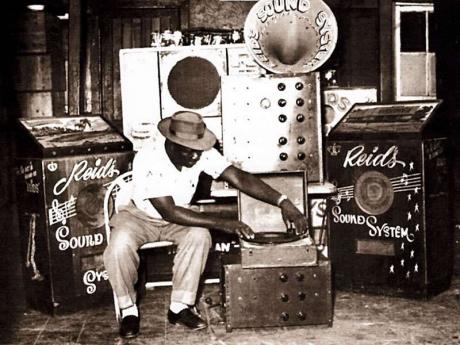 When Duke Reid was crowned king of sound and blues at the Success Club in Kingston in the late 1950s, he was well on his way to becoming one of, if not the most colourful and popular record producer in early Jamaican music.

His vision, energy and taste for music were good foundation for the production of hundreds of top-class ska, rocksteady and reggae recordings during the 1960s and '70s on his four labels Trojan, Duke Reid, Treasure Isle, and Dutchess (in honour of his wife).

There might have been few other producers who could match Reid in terms of the quality, quantity, smoothness of his output and the general impact he had on the music of the day.

'Duke Reid the Trojan' as he became known, was in fact born Arthur Reid in Jamaica some time close to the 1920s. At a time in his life when 'young' was just ceasing to be the prefix of 'man', and finding himself to be a strong, burly man, he joined the police force and served for approximately 10 years. His decision to quit the force early was triggered by two factors.

The first was his ever-increasing interest in the American Rhythm and Blues music of the 1950s which lured him into the sound system business almost full-time.

The second was The Duke's desire to dedicate more time to a liquor-store business which he and his wife Lucille jointly owned and operated at 33 Bond Street in Kingston.

Although he had left the force, Reid retained a passion for the job and continued to exhibit credible claims to toughness by wearing his guns at all times - .45 and a .22 calibre pistols tucked in his waistband and a rifle at his side. There was even a running joke that he kept them on while in the bath. Occasionally he would release a couple of pellets in celebrating his approval of a successful audition. Reid's aggressive behaviour attracted some of the so-called 'badmen' who acted as henchmen, bodyguards and enforcers in his camp. Intimidation of rival supporters was never ruled out.

In pursuit of his dream, the colourful Reid built and brought into operation by the mid 1950s, his sound system which he named 'Duke Reid the Trojan', named after the Trojan van which transported his music accoutrements around to dances (steel horns, sound boxes, amplifiers, turntables, vinyl records, extension wires etc.) The greetings on his arrival at dances was tumultuous with shouts of 'here comes the Trojan', the moniker sticking to Reid as well.

He promoted his music and liquor business by way of a once-per-week programme Treasure Isle Time, named after his liquor store. Hot new 78 RPM records (hard vinyl records, 10 inches in diameter, spun at 78 revolutions per minute) were put on display.

The programme, with its theme song My Mother's Eyes at the helm, enjoyed one of the largest listenerships on Jamaican radio at the time.

Reid's next step was to enter the recording business as a record producer, and this perhaps is what he was best remembered for.

Recordings like Stranger Cole's Ruff And Tuff, Derrick Morgan's In My Heart, The Jiving Junior's Lollipop Girl, Alto and the flames Dance Crasher, and the Techniques first recording Little Did You Know, featuring Slim Smith on lead, were immortal gems.

But more importantly, and quite accidentally, in 1963 Reid managed to get into his production line, the trio Justin Hinds and the Dominoes whose lyrics depicted the rich Jamaican tradition of proverbs and parables.

The duo's first recording, Carry Go Bring Come, done in 1964, seemed to be accusing a woman of rumour mongering:

You're going from home to home causing disturbances,

Is time you stop doing those things, you old jezebel,

How long shall the wicked reign over my people.

The last line offended the powers that be but didn't prevent the song from being the most popular ska recording from the Duke stables.

Reid ensured that he had total artistic control of his works by building his own studios above his liquor store in 1962. This move relieved him from the constraints of strict session time which applied while recording at Federal Records. He and his engineer could now devote more time to getting every record just right.

When the popular beat slowed to rocksteady between 1966 and 1967, Reid soared to even greater heights with Tommy McCook and the Supersonics, as house band providing intricate and delicate rhythms which became ideal vehicles for the top rocksteady harmony groups of the period.

Who could ever forget The Paragons' On The Beach, Wear You To The Ball, and It's Only A Smile You've Got; The Jamaicans' Things You Say You Love and Woman Go Home; The Melodians' You Don't Need Me, You've Caught Me Babe, and Expo 67; and The Techniques' Queen Majesty and You Don't Care For Me?

All were enduring classics that epitomised the best the genre had to offer, not to mention other exhilarating solo performances for the Duke from artistes like John Holt, Alton Ellis, Hopeton Lewis, Phylis Dillon and others.

By the end of 1968 Reid seemed to be losing ground, but miraculously rebounded in the early 1970s, by taking a relatively unknown toaster named Ewart Beckford aka U-Roy who jive-talked over other people's records, and almost single-handedly founded the modern DJ era.

U-Roy at one time held four of the top five positions on the Jamaican charts, literally boosting Reid's ratings to unprecedented levels. But it wasn't to last for long, as he was struck by illness in 1974 and died not long after.