Let's call a spade a spade 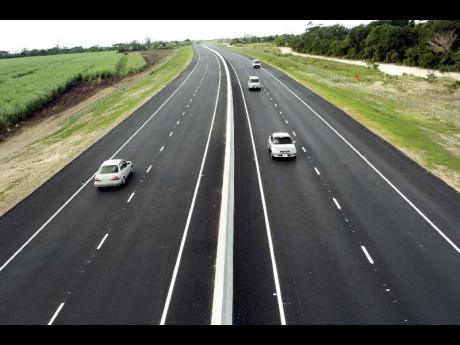 Marlon Morgan, Columnist
In the cruel and unforgiving world of competitive politics, one is often advised to make a friend of an opponent of your opponent. Alas, a principled position counts for more than one taken for politically expedient and opportunistic reasons.

While I have reason to sympathise with Dr Davies in relation to the three projects and the ensuing impasse between the Government and the Office of the Contractor General (OCG), I do not subscribe to the view proffered by some commentators that with the contract yet to be awarded, the contractor general is acting outside of his remit. Section IV of the Contractor General Act clearly sets out the CG's role in monitoring and investigating the award of government contracts.

The CG is primarily tasked with 'monitoring', making a determination as to whether proper procurement procedures were adhered to in the award of government contracts, and extends to the issuance of licences. So Christie is well within his right to concern himself with the projects in question.

Unfortunately, the CG's campaigns, particularly in relation to mega projects and large investments (as we have seen in the past), have an overwhelming propensity to not just stymie projects and private-sector ingenuity, but dissuade potential investors, who, truth be told, hardly need us as much as we need them. And so I welcome the discourse Dr Davies has ignited.

The actions of the executive, in the light of an adverse OCG report, must be taken into context and, more fundamentally, must be balanced against the country's development interests. Broadly speaking, those interests include: attracting investments, stimulating economic activity, enhancing public infrastructure and, most important, providing jobs for the Jamaican people.

Where tension arises of the nature we are now witnessing, particularly as it relates to the north-south leg of Highway 2000, the position taken by the Government must turn on that delicate balance between pursuing the country's strategic interests and observing the authority of an organ of the State. The long-term solution to the current impasse is legislative amendments. The Government will have to engage Parliament and embark on a process that will not just review the CG Act, but remedy the tension the existing provisions have created.

In the interim, the executive is justified in making a judgement call and exercising its discretion on the three projects. It may go a step further by assuring the OCG and the public that it is so convinced of the merits of the arrangement.

This action, it may be argued, parallels the emergency procurement procedures, where, as a matter of urgency and in the interest of time, Government proceeds with projects to attract investments, create jobs, and facilitating development.

To countenance inordinate delays in this instance by putting the Highway 2000 project to international tender, as the CG has suggested, may result in missed opportunities, costly delays, little development and discouraged investors.

As the country grapples with high indebtedness and anaemic growth, it is just not acceptable or practical to drag our feet on project implementation and allow tremendous opportunities to pass us by.

Admittedly, conflicts with recommendations of the OCG may be interpreted as flouting rules and ignoring procedure. Our analysis, however, must take into account a government's obligation to be practical, responsive, and sensitive to the country's investment interests and strategic objectives.

Former Tourism Minister Ed Bartlett had a spat with the OCG a couple of years ago following an arrangement with American Airlines aimed at securing airlift into Jamaica. That arrangement came in response to the financially haemorrhaging carrier's decision to rationalise routes, which would adversely impact airlift into the island. Clearly, there are instances where a minister and Government's judgement call is justifiable.

I depart from Dr Davies, however, in respect of the three-member panel he has commissioned to 'oversee' the award and implementation of contracts. While I take note of his concession to adjust the panel's terms of reference such that it serves as an advisory body rather than another CG, I am not in support of the panel.

Albeit an advisory body, the move smacks of an attempt to usurp the OCG and circumvent its authority. We may be running the risk of adding yet another layer of bureaucracy to the public contracting process, with the strong possibility of counter-productive duplication of effort.

In terms of governance, the administration runs the risk of setting a dangerous precedent in cleverly bypassing a duly constituted organ of the State. Why is it seeking to circumvent and erode something Parliament created? Lest we forget, encroachment in Jamaica tends to be incremental.

Consider the impoverished single mother who moves on to an unoccupied plot of land and erects a board house in a bid to eke out an existence for herself and her three children. Think of the four families with similar circumstances that follow suit a couple weeks thereafter and inhabit that same plot of land. In the blink of an eye, a situation that started out as a negligible case of squatting morphs into a massive and unbridled informal settlement.

The CG's overall approach to monitoring and investigating the award of government contracts is not healthy for the broader anti-corruption campaign in this country. Many have become turned off by his knack for waging an overzealous crusade that runs counter to the spirit that was intended to cloak his office. His unnecessarily scathing and venomous reports often tarnish the reputation of public servants, many of whom end up being vindicated at the end of the day.

Regrettably, we have become renowned for confrontation and stand-offs between and among critical state agencies, NGOs, public officials and civil society. Why is it that where stakeholders should see and position themselves as partners, with mutual interests, pursuing a common objective, they make themselves out to be enemies? Why must the CG be seen as the bane of permanent secretaries and other government officials?

The CG should now work feverishly in the few months he has left in office to demonstrate and assure the public that his head, not just his heart, is in the right place. He should endeavour to position himself as a partner in the anti-corruption campaign as opposed to continuing down a path where he is seen as an out-of-touch anti-corruption rusader.

Simply put, Greg Christie must do everything in his power to leave his ego out of his work.

Let us hope honest introspection, self-evaluation and humility will guide his work going forward, as we make Jamaica the place of choice to live, work, raise our families and do business.

Marlon Morgan is vice-president of G2K and aide to Opposition Leader Andrew Holness. Email feedback to columns@gleanerjm.com and brianlara_400@yahoo.com