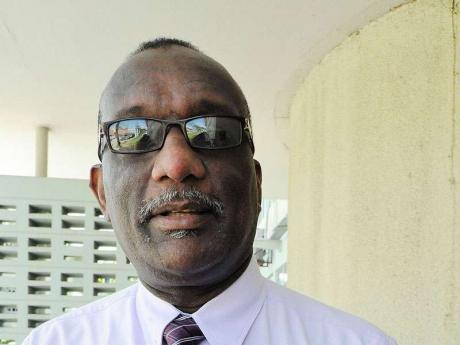 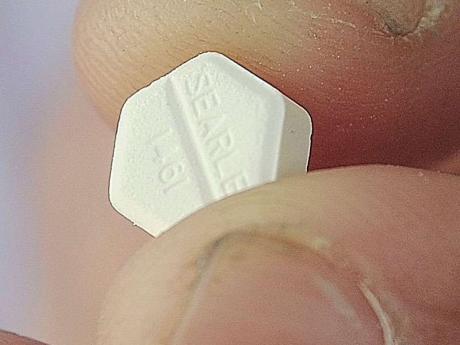 Some local health professionals, including a radiographer employed to a public hospital, are illegally selling a powerful ulcer treatment drug to persons wanting to have an abortion.

The health practitioners, who sell the pills to be misused as a baby killer, fail to warn the buyers that the use of the drug can cause death.

The drug - Cytotec (Misoprostol) - is prescribed by some doctors to treat serious stomach ulcers and should not be dispensed by a pharmacist without a prescription.

Yet, it is being distributed on the black market for between $6,000 and $7,000 without a prescription and is available to anyone.

In fact, the government-employed radiographer advertises the 'abortion' pill via BlackBerry Messenger.

"Pregnant and afraid? Can't afford it? Not sure of the father? Don't put your future in limbo ... Get rid of it ... Abortion pills available ... $6,000 one-time cost," reads a section of a broadcast message he sent out as he asked contacts to spread the word.

"Please rebroadcast," he asked as he peddled his illegal practice.

One reporter, posing as a pregnant university student, contacted the radiographer for the pills and after haggling, he agreed to sell her five pills for $4,500.

Asked if he was sure the pills would work, the health professional said: "The pill is good. All you need to do is swallow two and insert three."

The government-paid health professional also bragged that he had helped to terminate many pregnancies. "Mi kill whole heap a belly," he said.

"A something me do all the time. How you fi ask me if it work," he questioned.

"No worry yourself, if you are not more than three months (pregnant) you're good. Sure, sure it a go work," he assured.

The radiographer also named three locations, including established pharmacies in western Jamaica, where he said the pills could be bought without a prescription.

Using
his information and word on the street, a Sunday Gleaner
team last week visited a pharmacy in downtown Kingston where
we were able to purchase the pills without a
prescription.

Getting direction to the establishment
selling the tablets was easy.

A man standing on a
corner in the heart of downtown; a vendor selling on the sidewalk, and
one of a group of four schoolgirls provided
directions.

The drug was provided after a request was
made for the abortion pill. The person seeking the pill was told that it
cost $5,000 with a prescription, but $7,000
without.

After the money changed hands, the pills were
dispensed in a brown envelope with ominous handwritten
instructions.

"The best time to use the tablet is in the
evening about half-hour after the person has eaten. Ingest two, and
insert three, high into the vagina, one after the other," the pharmacist
advised the reporter.

Continuing, the pharmacist
said: "Make sure she is lying on her back, and she has to stay in that
position until half-hour time. Do not urinate, do not pass any stool,
because the tablets may fall out."

But the pharmacist made no mention of the
risk that the pills could pose for the woman or the unborn
child.

General practitioner Dr Romayne Edwards later
told The Sunday Gleaner that a pregnant woman who
wants to keep her child would not be prescribed this drug if she was
diagnosed with an ulcer problem.

Dr Edwards warned of
the risks women face by taking this pill for an
abortion.

"Persons can die from the improper use of
this medication. But the problems come when the foetus is in the wrong
place," said Dr Edwards.

She added that it is
extremely dangerous for women with ectopic pregnancies, as when taken
for its abortive properties, the pill could give a false sense that
termination was under way.

"If it is being used for
its abortive properties, it should not be used outside of the first
trimester of pregnancy. And when used improperly and unsupervised for
abortions, it can result in haemorrhage (bleeding out) and can prove
fatal with sufficient blood loss to cause death," Dr Edwards
said.

"I get cases here after failed attempts to abort
and they are suffering from infection. After that, Dr Horace Fletcher
and his team have to try to help them from losing their uterus," she
explained.

She was supported by Dr Fletcher, who noted
that the use of the pill for termination of pregnancies is
illegal.

But according to Dr Fletcher, there has been
one positive side effect.

He said the use of the drug has resulted in a
decrease of septic abortions, as well as the perforation of the uterus
caused when doctors are unskilled in the termination of pregnancies
particularly when the pregnancy is too big.

"With the
illegal use of Misoprostol by people, they are terminating pregnancies
on their own and not going to unscrupulous persons who would insert all
kinds of unclean objects in them which results in sepsis and puts them
in danger," Dr Fletcher said.

"It is not safe to use
it on your own. But it is safer than what used to obtain in the past,"
stated Dr Fletcher.

He said, too, that the drug is
used legitimately by doctors on a daily basis.

"It is
used every single day by doctors to induce labour, post-partum
haemorrhage (bleeding a lot after delivery) for people who have missed
abortions, and it is also used for incomplete abortions," he explained,
even as he noted the danger that users face by using the pill without
medical supervision.

But that has not stopped women
who go looking to terminate their pregnancies as the law now allows
abortions in only special circumstances.

In January
2008, a Ministry of Health-commissioned team recommended that the
current laws prohibiting abortions be repealed and replaced with
legislation outlining conditions under which medical termination of
pregnancy would be lawful.

The posture outlined in the
health ministry report was due in large part to an alarming number of
botched abortions taking place on the island.

The
report, penned by the Abortion Policy Review Advisory Group, revealed
that botched abortions were burdening the public-health
sector.

The investigation carried out by the advisory
group at that time revealed that, during a six-month period, hundreds of
patients suffering from problems as a result of slipshod abortions were
admitted to a ward at one of the nation's premier public
hospitals.

Additionally, the group pointed out that
most of the patients admitted to the ward were "young, poor, unemployed
and live in economically and socially deprived
communities".