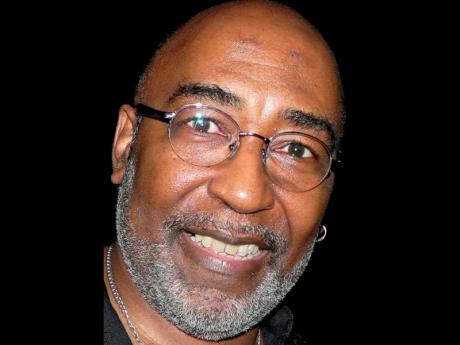 Over the last few weeks, we have been entertained, on the one hand, by secular humanists (Hilaire Sobers and Orville Taylor), and on the other, a cleric, the Rev Earlmont Williams and an evangelist, Rico Kaplan, debating the superiority of secular versus Christian morality.

The secular humanists (described by Kaplan as would-be theologians) to "suddenly understand theology by reading the Bible", Kaplan is amazed and "it's embarrassing". It is indeed embarrassing.

The Bible, on which he presumably bases his theology, is filled with inconsistencies, fairy tales and forgeries. Tertullian, a Christian apologist in the 2nd century CE, said it all: "The son of god was born ... and the son of god died: it is credible, because it is ridiculous. He rose again: it is certain, because it is impossible."

This gem of pseudo-logic should make theologians sit up and think. But they don't think! Presumably thinking that having too much of an open mind, their brains might drop out.

He claims hundreds of pages "show evidence for the resurrection actually will demand faith". I agree. Lots and lots of faith. When evidence fails, we do need faith.

As for the evidence of the historical Jesus, there probably was a Jesus, a Palestinian Jew who lived in Galilee and taught as a pious God-fearing Jew. Besides this, myths are logged on to his biography centuries after to extract religious meaning, courtesy of Paul and the Gospels.

He extols the superiority of moral values of true Christians over those of secular humanists. Let's be clear. Morality is not limited to religion, and Christianity is not the only religion with morality, nor is humanity required. As standards of behaviour, other disciplines and ideologies from philosophy to business, law and medicine also have moral laws.

Humans have a tendency to imagine morality as some unique human gift, sublime, ethereal and even spiritual. This attitude is a combination of hubris, ignorance and a huge dose of Christian exclusiveness. We are a species that developed from non-human precursors by evolution.

We have traces of our physical, as well as psychological, characteristics in other species, even moral characteristics. There are hundreds of reported cases of empathy and moral behaviour in chimps, elephants and birds. Why, my cat Stinky (as the name implies there were olfactory challenges rescuing this filthy, mangy, worm-infested kitten) has more empathy than lots of humans I know. This adorable feline is not averse to lovingly embracing our goats with his paws and kissing them.

Christians even differ among themselves as to what constitutes moral behaviour. Some Christians think that dancing is bad, gambling is bad, coffee is bad. Others don't. Death by stoning for adultery (Leviticus 20) was the craze. In Jamaica, we would surely have run out of stones. But we don't do that now. Not because of some heavenly decree from above, but purely through human reasoning and critical thinking.

What about absolute morality? Big Brother gave us the Ten Commandments. The first four are religious edicts, not moral guidelines (do not worship other gods, observe the Sabbath, etc.) and have nothing to do with how we treat each other. The other commandments have some relevance to our society, but lack substance. Would you honour your father who commits incest? What about killing in self-defence? Our relationship to this religion-based morality is obligation. We must do this and not do that - or else burn in hellfire. But He loves us.

Let's return morality to the human world; to humans who can create and sustain it. We may not solve all the problems of humanity, but it empowers us to be the ones to decide.

As for me, my customary habit of reading The Gleaner involves first scanning the headlines, then stealing (with some trepidation) a peek at the death columns. If I am not listed, I breathe a sigh of relief and I am good to go - to take on the challenges of that day. Carpe diem.