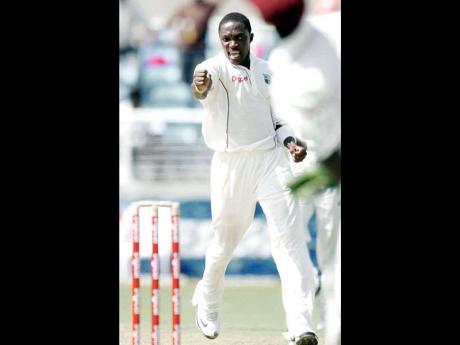 Edwards missed the third and final Test against Australia in Dominica late last month because of injury and Sammy confirmed the Barbadian would also be rested for the three-day match against Sussex, the first day of which was rained out on Saturday.

"Fidel is still carrying a niggle. The physio is going to monitor him and give him some more time to recover," Sammy said here yesterday.

"It's not bad. We came here knowing Fidel would be rested for this game; he was rested for the last match. Come the 17th, everybody will be ready.

"Fidel is somebody I know what to expect from. I know what he's going to give and whenever he plays will be ready."

Edwards has been a key cog in the Windies attack in recent years and is the most experienced in what is an unproven bowling department.

However, he has been often plagued by injury and only returned to action last year following a two-year injury break where he was forced to undergo surgery.

He bowled impressively on the Windies last tour here three years ago, snatching a six-wicket haul in the first innings of the opening Lord's Test which the tourists lost by 10 wickets.

"Last time he played a game at Lord's he was very unlucky - a few catches went down - and I know he's going to give us 100 per cent, just like all my teammates," Sammy said.

"Whether he plays the Lions game (second tour game next week) or not, I know when that bell rings on the 17th, he will be ready. He'll be the first one to say, 'Give me the ball'."

He added: "It will be up to Fidel himself to say how he feels, and what the physio recommends."

Edwards has taken 157 wickets from 53 Tests.