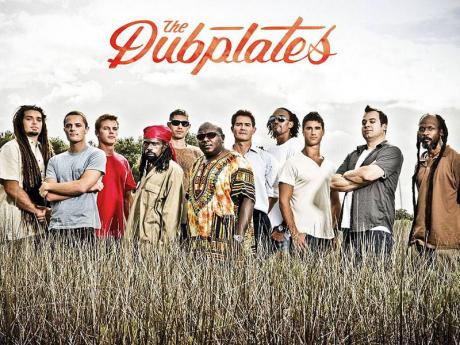 The Dubplates take on mission of creating reggae lovers

For any live band on the local circuit, there is a challenge getting the masses interested in the entertainment it has to offer.

Imagine taking your brand overseas in an attempt to establish it in a different market. Creating interest in an unfamiliar target market should prove much harder.

Surprisingly, reggae bands, whether from Jamaica or not, sometimes have an easier time generating interest overseas when compared to the difficulties they experience in Jamaica.

Take the California-based group, The Dubplates, for example.

For years, the group has been trying to connect with the market in that region and has recently achieved some amount of success.

Starting out as a sound system/vocal group called Dub Island Sound System in 2002, the group has been hard at work and has managed to convert several music lovers to reggae.

"It has not been easy being a dancehall/reggae band in South Carolina. We have had to educate the masses on the genre and the culture. Not just about Bob Marley and the standout names, but to break away from that and introduce the music of people like Bounty Killer, Buju Banton and others. There is something magical in these reggae rhythms and basslines that unify the very diverse dancefloors we have in South Carolina. We are blessed that Charleston is a beach-front city with positive vibes. We have turned many rednecks into ragamuffins," David 'Big Hair' Brisacher, of the group told The Gleaner.

As Dub Island, the group has performed all across the United States opening for acts such as Damian Marley, Digital Underground, The Wailers, String Cheeze and DJ Logic.

In 2010, the group made the decision to form a roots radical-style rhythm band.

Since switching over, the 12-member band has enjoyed healthy responses as the backing band for dancehall/reggae musicians such as Zumjay, Tanya Stephens, Steel Pulse, Third World and Yellowman.

The members of The Dubplates are adamant that they can continue to bring reggae music to many new markets in America .

They are also branching out, trying to get a foothold in the local music industry as they have been doing recordings with Tanya Stephens, Zumjay, and are in talks to work with Future Fambo.

"We are creating new rhythms everyday. We want to work with the good, top acts like Sean Paul, Elephant man, Yellowman, Spragga Benz, Beenie Man, Bounty Killer, Shabba Ranks, Future Fambo and Sizzla. The music that we can produce is of good quality and can connect with the market here as we have proven," said Big Hair.