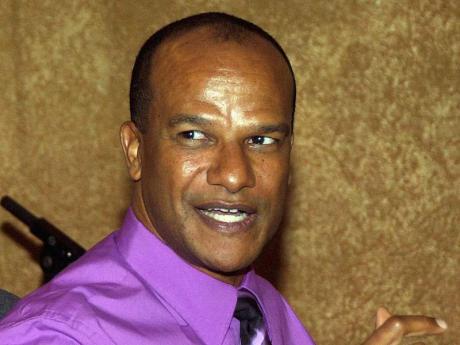 JUST OVER a month after National Security Minister Peter Bunting announced in Parliament that the commissioner of police had been told to ensure that there was a reduction in the number of fatal shootings, the Police High Command is lauding officers for what it claims has been restraint in the face of attacks from criminals.

The High Command said yesterday it had taken note of the fact that in recent weeks, there has been a significant increase in the number of gun attacks by criminal elements on citizens and its members.

"We are very encouraged by the show of restraint that has been demonstrated by our members in recent weeks and we hope that this becomes our way of engagement going forward," read a statement from the High Command.

The High Command pointed to an incident along Spanish Town Road in St Andrew recently which saw gunmen expending more than 60 rounds of ammunition from high-powered rifles against a police constable. The constable was injured in the incident.

The police said that in another incident, during an attempt to apprehend members of the Hunk of Gold gang, a policeman was shot at point-blank range. He was saved by his ballistic vest. It also pointed to another incident in Riverton City, St Andrew, on Saturday where policemen responding to a murder came under attack while trying to transport one of the injured persons involved in the incident to hospital.

Though the police did not outline exactly how they had used restraint in these incidents, Bunting, responding to the news, said he, too, was encouraged, adding that this might be the beginning of a culture change.

The minister said, however, that the police must be careful that criminals "don't take kindness for weakness and become more brazen in attacking policemen".

He said: "I also understand the balance that the High Command has to be trying to achieve. In a sense, it's almost like walking between raindrops because we are not yet at the stage where we have eliminated high-powered weapons from criminal gangs out there and, therefore, it is a dangerous policing environment."

In March, Bunting called for police to make every effort to preserve the lives of suspects and innocent bystanders, even when engaged in shoot-outs.

Police Commissioner Owen Ellington later announced that the police would be adopting several new strategies regarding the use of force which are intended to lessen the number of fatal incidents during operations. He said the new approach is to be incorporated into the police's standard operating procedures, as well as included in the firearm and tactical training for top-ranked officers.