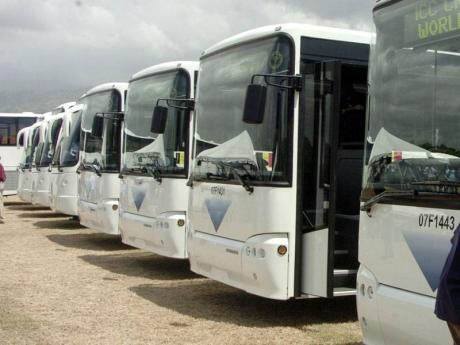 In five years, Jamaica has thrown $5.7 billion worth of subsidies in a black hole called the Jamaica Urban Transit Company (JUTC).

Last Tuesday, Karl Samuda, the opposition spokesman on transport, called for the minister with responsibility for the bus company, Dr Omar Davies, to outline to the Parliament his plans to make the entity viable.

We were most disappointed when Davies failed to announce that the Government would be divesting the loss-making bus company. While it is not the most politically expedient thing to do, The Gavel is convinced that further subsidies cannot be the way forward.

Indeed, it is our view that the State has a role in public transportation. But the involvement of the State does not have to be the provision of this service. Vision 2030, the blueprint to take Jamaica to develop-country status, notes that the transport sector represents a critical component of any country in its impact on national development.

"One of the most fundamental attributes of the sector is the ability to move persons, goods and services between spatial locations at the local, regional and international levels. The efficient management of the sector can provide tremendous economic and social gains to a country through indirect and direct employment as well as induced development which ultimately leads to wealth creation and growth," says Vision 2030.

The role of the state

We agree with the statement, even as we contend that Government need not be bus operators. The role of the State must be limited to regulating the transport system to ensure reliable, safe and affordable service.

When the JUTC was launched in 1998, among its aims was to bring order and civility to the way in which people travel in the Corporate Area. The JUTC, we believe, has fulfilled its mission of eradicating the sardine-tin type, mouldy environment. That comfort has come at a high price to the Jamaican taxpayers, many of whom do not use the service.

It is also the view of The Gavel that public transportation is an unfair use of tax resources. Why should the people in rural Jamaica, whose taxes are used to subsidise the JUTC, not get the constant benefit of the JUTC like those in the Corporate Area?

Why should children, pensioners and the disabled in the Corporate Area benefit from concessionary fares in air-conditioned buses while those in rural areas have to pay full fare.

The transport-sector proposal, which was prepared in 2009, speaks to the development of a long-term plan for the islandwide public-transport system, including for schools. This plan was to be implemented in one to three years. And alarmingly, the plan appears to be built on the back of subsidies.

The plan calls for the development of sustainable funding mechanisms for the public-transport system in up to nine years. It is our position that the country should not seek to grow its debt stock to provide a service which can be produced by private players in the market. The proposal should not be encouraged.

Not a moral hazard

It is our view that divesting the JUTC and charging private individuals and companies to perform its function in the Kingston Metropolitan Transport Region should not be a moral hazard to the State, if the regulations governing the operation of public transportation are dispassionately and fearlessly applied.

And the State need not wait until it divests the JUTC before it starts to impose the regulations. The gains in the public-transport system risk being eroded if the transport authority and the police fail to take appropriate actions against operators who blast sound systems in heavily tinted vehicles.

The Parliament should consider amending the regulations to make certain infractions, such as the presence of music boxes in buses, be punishable with the immediate revocation of one's road licence. The practice of having music on the buses must be stopped. If the State fails to properly enforce the law in this area, we fear it will not be able to effectively regulate the entire transport system.

In the meantime, we should not assume that because the service is being provided by private players then the people would be charged ridiculous fares.

The minister, after being advised by the Office of Utilities Regulation, will still reserve the right to grant fare increases, thereby protecting the public's interest.

The State should also consider a review of the licence-issuing regime, which would, among other things, take into consideration the optimum number of operators for the various routes. And to effectively police the system, we propose that the number of transport- authority inspectors be increased and that they be given powers of special district constables.

The Gavel has no doubt that Jamaican taxpayers would significantly benefit from our suggestion to not only disband the JUTC but to take steps to ensure commuters travel in style and comfort, while getting to their destination on time and at a reasonable price.

May 31 - Leader of the Opposition Andrew Holness