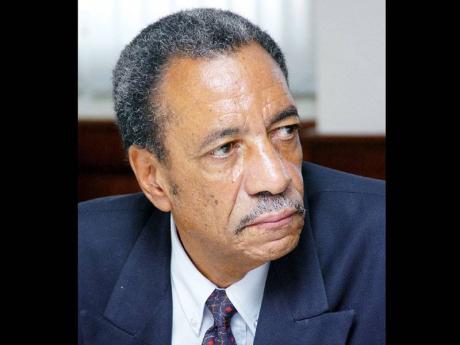 FORMER HIGH Commissioner to London, Anthony Johnson, refused to submit his resignation to the permanent secretary in the Ministry of Foreign Affairs after the change of political administration in early January.

A.J. Nicholson, the country's foreign minister, said in the Senate Friday that of the five heads of mission from whom resignations were requested, only the High Commissioner to London failed to comply.

"The established convention is that any head of mission, whether career or non-career, may be recalled before the expiration of his or her contract due to illness, poor performance or a change of administration," Nicholson said.

But Dr Christopher Tufton, who has tabled questions to which Nicholson responded, said he is ignorant of any such convention. He requested further information on the convention and was told to go an educate himself on the issue.

Reverend Stanley Redwood, president of the Senate, has instructed Nicholson to furnish Tufton with a copy of the convention. But Nicholson may have difficulties.

Not a written convention

Checks with the Ministry of Foreign Affairs and Foreign Trade by The Gleaner Friday failed to turn up a copy of the convention.

"I spoke to the permanent secretary and she advised me that it is not a written convention," Ann-Margaret Lim, head, Public Relations and Media Affairs Unit, told The Gleaner.

Johnson, a member of the Opposition Jamaica Labour Party, joined the foreign service in February 2008 to serve as Jamaican Ambassador. He held this post in Washington until May 2010, when he was sent to London to represent Jamaica as High Commissioner to the United Kingdom.

When the Government changed in January, Johnson was advised that his engagement would come to an end on February 29, approximately two and a half months before the expiration of his contract.

Aloun Assamba, a member of the governing People's National Party and former government minister, is to replace Johnson in London.

In the meantime, Nicholson told the Senate that Jamaica has 20 resident missions overseas. He said after the last election five were requested to submit their resignation for consideration. The five were Washington, New York, Caracas, Toronto and London.

With the exception of London, all submit their resignations.

"It is true that there have been instances since Independence where non-career heads of mission have remained at post following a change in administration, as is the case presently in Toronto," Nicholson said.

He added: "However, it is always the prerogative of any administration to appoint to these positions, persons who share their policy objectives."