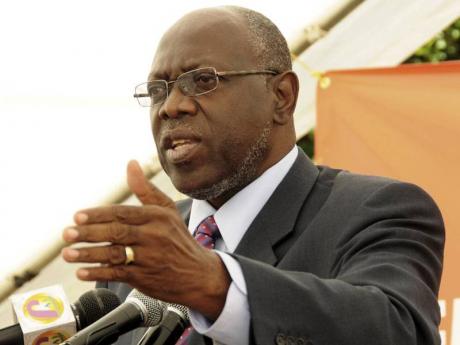 The Ministry of Health is to undertake two studies in reviewing the no-user-fee policy in the government health sector.

Health Minister Dr Fenton Ferguson said the Government is strongly committed to universal access to care at the primary-care level, but his major concern is the State's ability to adequately fund quality care across the system.

He was speaking last Friday at a press conference at the Ministry of Health head offices.

"We have completed the terms of reference for a consultancy to determine the necessary measures that must be in place for the implementation, which will focus on an effective waiver system to determine person's eligibility to pay," the minister informed.

He said this would be advertised shortly in order to get service providers to bid.

Ferguson also said the Inter-American Development Bank (IDB) is funding a consultancy that would examine the reform of the health sector and government financing.

Ferguson further explained that the IDB-funded study will be completed between 12 to 18 months, while the other review should take no more than six months.

Meanwhile, in giving a further update on the system, Ferguson said work on two major pieces of legislation have been far advanced since he took office in January.

Ferguson indicated that Cabinet has granted approval for the amendment to the Public Health Order, which will involve adding a section to the Order to state that HIV and AIDS should only be designated as communicable diseases for the sole purpose of reporting and surveillance.

The objective of the amendment is to ensure that no person is discriminated against as a result of having HIV/AIDS classified as a notifiable and communicable disease of the Public Health Act. Drafting instructions have been issued to the chief parliamentary counsel.

The Tobacco Control Act will give full effect to the World Health Organization Convention on Tobacco Control and will be the main Act, encapsulating measures regarding the reduction of tobacco use.