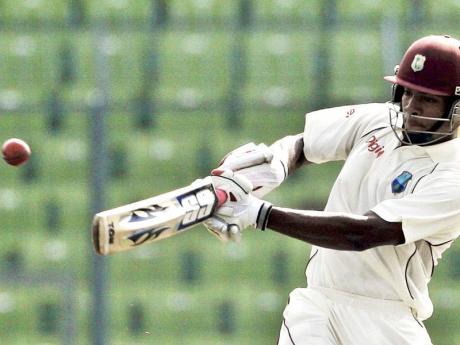 West Indies endured another miserable day on their tour of England, when only 18 overs were possible on the scheduled second day of the rain-ravaged three-day tour match against Sussex here yesterday.

After rain, resulting in a wet outfield, forced a late start at 2:45 p.m. (9:45 a.m. Eastern Caribbean time), West Indies struggled to 46 for two before bad light and then rain ensured there was no play after 4 p.m. at the Probiz County Ground.

Saturday's opening day was abandoned without a ball bowled because of heavy overnight and early-morning rain.

At the close, left-handed opener Kieran Powell was unbeaten on 19, with fellow left-hander Darren Bravo on one.

Sent in, Powell and Adrian Barath put on 24 in bleak conditions before Sussex grabbed the breakthrough.

The right-handed Barath struck two fours off 30 balls in 40 minutes at the crease before he fell to the final ball of seamer Kirk Wernars' first over - the day's ninth - bowled after deflecting a delivery onto his stumps.

Powell then put on a further 21 for the second wicket with Kirk Edwards, who was dropped before he had scored off the second ball he faced, as Luke Wells at second slip muffed the chance off left-arm seamer Chris Liddle.

Edwards, however, lasted just over half-hour at the crease before finally edging to captain Chris Nash at third slip off Liddle.

Powell faced 50 balls in 80 minutes at the crease and struck one four.

West Indies started the match with 11 available players with Narsingh Deonarine and Assad Fudadin stuck in Jamaica with UK visa problems, and Marlon Samuels still en route from India where he has been competing in the Indian Premier League.

Fast-bowler Fidel Edwards was rested as he recovers from injury.