I'm going to have an exceptional season - Foster-Hylton 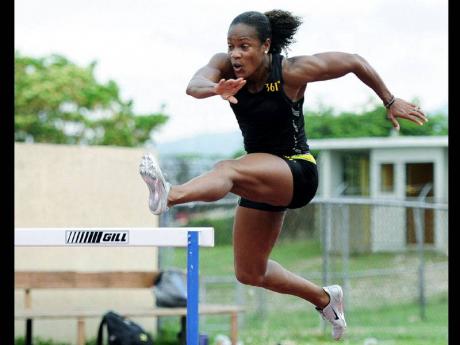 ONE of the athletes who the fans came out to give their full support at last Saturday's Jamaica National Jamaica International Invitational World Challenge track and field meeting was Brigitte Foster-Hylton, the Berlin World Champion in the 100 metres hurdles.

The 37-year-old Foster-Hylton, who did not get a chance to defend her title in Daegu last year because of injury, made a welcome return to competition in her pet event on Saturday night.

Foster-Hylton, who also won silver at the 2003 World Championships in Paris and bronze in Helsinki in 2005, gave a vintage performance as she recorded the second fastest time in the world this season, clocking 12.51 seconds to defeat a quality field as Priscilla Lopes-Schliep (12.64) of Canada and Tiffany Porter (12.65), out of Great Britain, had to settle for second and third, respectively.

It was a very elated and emotional Foster-Hylton who spoke to The Gleaner after her successful return, where she got a standing ovation from the thousands of supporters inside the National Stadium.

Preparing to call it a day

"While in the warm-up area, I was extremely nervous as I have never felt so in my entire career," said Foster-Hylton, who stated that she was not surprised by the fast time.

"I really expected to run fast as my coach (Stephen Francis) told me that I was on target to run 12.4 or 12.5 if I go out and do what I'm supposed to do, and I trust him and believe in him," she said.

Foster-Hylton said her pre-race preparation reminded her of her rookie year, when she was at the 2000 Olympics, but made it clear that she is going to have a good season.

"I am very confident that I am going to have an exceptional season and when this season is over, I am going to finally call it a day," she said.

Her winning time on Saturday was close to her personal best of 12.45 seconds, which was done in 2003, and it was also one-hundredth of a second outside the meet record, 12.50 seconds, set by the United States' Gail Devers in 2004.