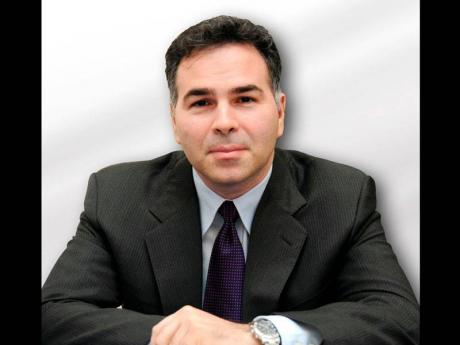 Transport Minister Devant Maharaj says Trinidad & Tobago taxpayers "have been paying for the luxury of Jamaicans flying at a fuel subsidy" as controversy continues over the finances of the state-owned Caribbean Airlines (CAL).

But former CAL chairman George Nicholas, who last November had indicated that the airline would record TT$200 million (US$33.3 million) in profits, said Dookeran's figures were wrong and that "it cannot be left without response for fear that someone might think that his comments are true."

In a two-page statement, Nicholas said that when he reported "the hope and expectation that we would close the year with a TT$200 million profit ... the report was based on the figures that management presented showing a US$18 million profit to that time."

Nicholas said the Ministry of Finance's change on the fuel subsidy affected the airline's profitability and lay blame on Dookeran for the situation.

"In November 2011, the fuel subsidy was reduced without consultation by the minister and the price CAL had to pay was retroactively increased, as from January 2011," he said.

Nicholas said passengers and freight would have paid for flights throughout 2011 on the basis of tickets calculated at the former fuel price.

"CAL would not be able to make up the loss that this would generate and that wiped out the prospective profit and caused an unanticipated loss. Had we known the fuel price, the cost of fares would have been different," he added.

Dookeran has not responded to Nicholas' statement. But Maharaj told local media that Nicholas erred when he announced that the carrier would make a profit based on "a cash figure balance".

He added: "I think that is where Mr Nicholas erred. He did declare it (profits). You would recall when I was asked by the media to comment on it, I kept on repeating that I had not seen the audited figures."

"Trinidadian taxpayers have been paying for the luxury of Jamaicans flying at a fuel subsidy. We have been trying to address those issues and rationalise it in some way that will be as painless to the country and Jamaica, given Trinidad & Tobago's commitment to CARICOM," he said.

Maharaj said the burden Trinidad & Tobago had to endure because of Air Jamaica arose out of the "imperialist ambitions of former prime minister Patrick Manning, as he attempted to become the colonial master of the Caribbean".

He said the subsidy on Air Jamaica should be reviewed. Maharaj could not say what was Jamaica's monthly losses. "I don't have that on the top of my head," Maharaj said, noting that CAL was in a positive position before Manning's administration.

In 2010, Port of Spain and Kingston agreed to a deal that allowed the Jamaica government to own 16 per cent of CAL as part of the conditions for CAL taking over the lucrative routes of Air Jamaica.

The deal also allows for Trinidad & Tobago agreeing to a US$300 million transition plan for CAL to acquire and operate six Air Jamaica aircraft and eight of its routes.

When it came to office following the May 24, 2010 general election, the five-party coalition government of Prime Minister Kamla Persad Bissessar said it would review the accord, but Dookeran later announced that the government was okay with the agreement.

When he signed the agreement with his then counterpart Audley Shaw in May last year, Dookeran said Caribbean Airline would now "have legal access to all the routes that were being flown by Air Jamaica, giving it an opportunity to expand in the global arena".

He said the agreement would also allow Caribbean Airlines to claim "it is the designated air carrier for Jamaica in the world at large".