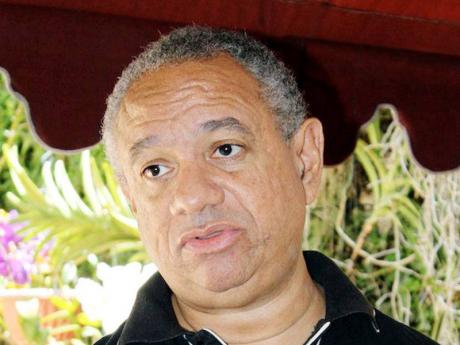 I'm reminded of Richard Nixon's infamous quote to the media after losing the 1960 presidential election to John Kennedy: "You won't have Nixon to kick around anymore ... ." Now that CTL won't have licensed bookies to blame for its own incompetence, what'll it do?

Brave statements about blanketing the island with OTBs (if only the regulator reduces quality requirements) would be funny, if not so inane. CTL can't afford 300 new OTBs and knows that feasible OTB locations are limited. Also, CTL must realise that a significant contributor to its financial woes is the anachronistic OTB itself.

The reality is that OTBs are a drain on CTL's revenues. CTL pays four per cent commission to OTBs and must also absorb massive uncollectable receivables created by these unsupervised betting satellites whose operators sell bets on credit and fail to collect from hapless losers. For CTL to advance, it must depend less on OTBs and more on technology and customer comfort.

But, what of the bookies? For decades, they've earned the label 'parasites' by operating more as tote agents than bookmakers, lazily using tote dividends as bookies' dividends. They've been assisted in this bloodsucking practice by CTL itself, whose usurious 30% tote takeout makes bookies' leeching easy. Since essentially the same people bet with both entities, it's a pretty safe statistical expectation that the spread of bets in any race will be the same at CTL and the bookies.

So, without lifting a finger; without buying expensive tote equipment; without contributing to the costs of the production, bookies can sit back, take as many bets as they like, and are reasonably assured of 30% retention on gross sales.

Out of that 30%, they pay 5% agents' commission (less with set-offs from agents' contribution to utility bills); 16.5% gross profit tax (about 5-6% of gross), leaving 20% of gross to meet expenses (including CTL's rights fee) and make profit.

The English racing signal costs about $70 million per annum (3.7% of gross). So, at 5% local rights fee (and assuming overseas rights fees are paid from local race earnings), more than $200 million annually would be available from local racing sales alone for daily expenses and profit. Earnings from overseas races and sports wagering would be 'brawta'.

But why should bookies pay 5% just to piggyback on CTL's tote? Simulcast rights fees worldwide don't usually exceed 4% and, for that, the tracks provide live television feeds, including professionally produced previews and reviews throughout the raceday, plus interviews, betting trends, paddock views, etc. The racetrack is brought to the viewer.

CTL won't produce live feeds for anybody, including bookies. Yet CTL wants not 4%; not 5%; but 7%, without offering a comparable (or any) service. Is this a 'rights' fee or a donation? Are bookies CTL shareholders?

For years I've advised bookies to make their own odds. This is NOT 'fixed-odds' betting (the term United Bookmakers Association President Xavier Chin persistently uses). Fixed-odds betting doesn't take betting spreads into account and is commercial suicide in a country governed by the Anancy principle.

Making their own odds means bookies getting together to form their own quasi-tote. It's done by selling bets at 'starting price' until 25 minutes to post when a first-odds line is published, calculated on the spread of bets already taken. Thereafter, odds change depending on betting activity and 'starting prices' are the odds at the off.

It's a bomb-proof system used by bookies worldwide. It requires investment in technology and attention to efficiencies and exigencies like layoffs. In other words, 'work' (that four-letter word despised by indolent bookies accustomed to picking money from the CTL tree).

For punters, it'll mean variety; a better, more exciting betting product; and higher dividends as CTL is forced to reduce takeouts to compete. For betting licensees, increased interest will generate increased sales. It's perfectly legal. Contrary to popular opinion, no bookmaker can be prevented from selling bets on local racing or forced to declare CTL's dividends.

Will this happen? Or will the parties come together; arrange another temporary compromise; and go forward pointing fingers at each other while bleeding captive punters dry? We'll see.