Hunt down those deadbeat dads! 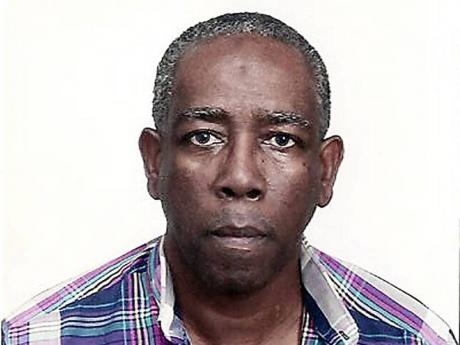 Last week, TVJ carried a news story about a destitute woman raising two children in subhuman conditions. The story was given to us in three parts, with the matter ending when several persons and organisations made or pledged contributions.

Stories like this one are brought to our attention regularly. They are discussed and solutions are sometimes found. Regardless of the outcome, there is one aspect that never emerges and is never discussed.

Since it seems to be of no consequence to these mothers, and investigators and interviewers don't think it is worth exploring, may I be so bold as to suggest that they give it some consideration? Where are the fathers? There! Is that too difficult or inconvenient to ask?

I was once in a public place waiting my turn to transact business when one of our popular entertainers entered. Seemingly angry, he was spewing expletives into his BlackBerry. Wading through the expletives, one got this: "Gyal ... yu nuh kno seh mi busy ... ."

From the lengthy argument which followed, one got the impression that the mother of his five-month-old child was pleading for what he frequently described as "feed'n an' Pampas". Repeating much of what she said, he seemed determined to make sure everybody in the building heard the details.

The most significant part for me, however, was near the end of the conversation when, as an afterthought, he enquired: "A wah di baby name?"

Why aren't we hunting down these cruel bastards and treating them like the common criminals they are? Even if they are in the United States (US), strange as it may sound, it is easier to find someone there than it is in Jamaica. We beg the US for everything. Why can't we beg that country to help us find deadbeat dads. Why isn't the Government shielding our women from this continuous indignity?

Women tell stories that even when the Family Court makes a ruling, they are subjected to threats; and the men are shielded by employers, co-workers and even some police, so much so that many think the process is a waste of time which often puts their life in danger.

Could it be that Government won't get any votes by doing something? Or is it that it fears it may lose some votes?

For many of these mothers - poor and illiterate to begin with - their chances of improving themselves were dashed when they started bearing children they couldn't care for. It shackles their hands and feet. They are, for all practical purposes, helpless. Totally helpless! They need help.

It is unlikely that they would understand. But every government official must be aware of the tragedy that is set in motion when a man 'breeds' a poor young girl, with no marketable skills, then walks away. That is what makes schoolchildren kill each other, or maul a teacher, or behead another human being. You want to bet me hardly any, if at all, of these grew up with a father?

One more thing to government officials: for God's sake, don't come on TV to tell us how you are concerned. Just do something!