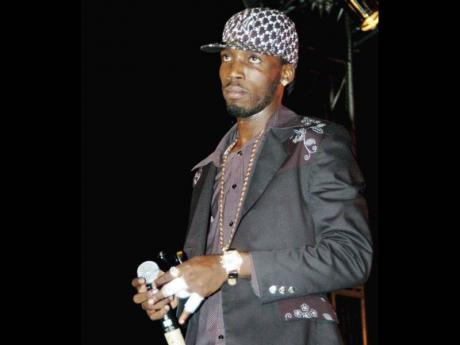 Almost a year after he was arrested for assaulting a St James man and his son and damaging their car in an apparent case of road rage, dancehall star David 'Mavado' Brooks was yesterday found guilty in the Montego Bay Resident Magistrate's Court.

Brooks, who was facing charges of assault occasioning bodily harm and malicious destruction of property, hung his head as Resident Magistrate Wilson Smith handed down the verdict.

Brooks was fined $80,000 or a six-month prison term on the assault charge, and $20,000 or six months' imprisonment on the malicious destruction charge. The sentences are to run concurrently if the fines are not paid.

"I hope today will be a turning point in your life, where you will think not once, not twice, but more times before acting," Smith told the deejay, while passing the sentence.

Brooks' attorney, Martyn Thomas, pointed out to the court that his client accepted the ruling and was remorseful for the events that led to him being arrested and charged.

"Having found him guilty, I'd like to urge upon you that the accused man has accepted the finding of the court and is willing to move on," Thomas said.

Brooks, who hails from West Armour Heights in St Andrew, was charged in connection with an incident on July 22, 2011, in which he and members of his entourage allegedly attacked the complainants - Henry Cunningham and his son, Oshane - and damaged their car along the Belmont main road in St James.

Following Monday's verdict, Brooks was escorted from the courtroom by police officers to an adjoining holding area, where he was expected to remain until the fines were paid.

In the meantime, the Cunninghams may now pursue civil action against the deejay for damages from the July 22 incident, should they so choose. Thomas had indicated to the court after the verdict that Brooks was willing to pay compensation to the complainants.

"He (Brooks) has never denied hitting the complainant's car, and he has always wanted to compensate the complainant for damage to his car and for injuries he sustained that day," the attorney told the court.