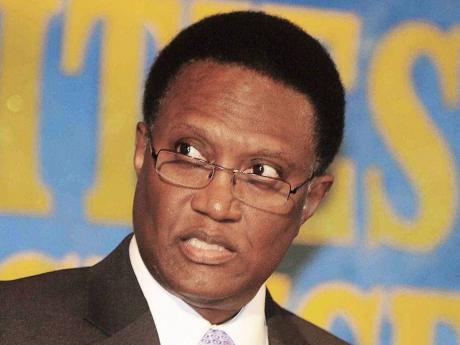 ESPN's vice-president and general manager for the Caribbean and maritime media, Bernard Stewart, has hailed his company's involvement in West Indies cricket, describing the heightened attention as a boost for sport within and beyond the boundaries of the region.

The international sports television brand has increased its interest in the sport throughout the Caribbean in recent times, giving more airtime and providing new markets through its networks for competitions such as the West Indies Cricket Board (WICB) Regional Super 50, Caribbean Twenty20 and the WICB Regional Four-day Tournament. ESPN also broadcasts one-hour reviews and highlights of the recent West Indies home series against Australia.

With the exception of the WICB Regional Four-day Tournament, which was covered on the network's popular ESPNCricinfo website, the other competitions were carried on the broadcaster's Caribbean network, which not only showcased the region's cricketing product to markets which were not exposed to regional domestic cricket, but also gave the company an opportunity for greater interaction with the Caribbean.

Stewart, who was a speaker at the Carole Beckford & Associates 'Business of Sport' conference at the Pegasus hotel late last week, gave the rationale behind his company's decision to delve deeper into Caribbean cricket and underline the value of the product.

"We took our time and we wanted to make sure that the viewers of ESPN, first of all, here in the Caribbean, understood why we were taking this step," said Stewart during an interview with The Gleaner. "It was not about us trying to come and exploit a culture, but rather showcasing the cultures of the Caribbean on a first-class distribution network."

Stewart shared that the feedback has been extremely positive and expressed delight at the reaction and reception throughout the region.

"I think we have already received a lot of really solid feedback that gives an indication that we are in the right space," Bernard said.

"There is respect, a respect that we see when we travel from country to country with the various events that exist, the welcoming arm and inclusiveness that we continue to get is exceptional," he added.

Bernard went on to praise the international appeal of regional sporting figures and the impact they have on the region's appeal to international entities like ESPN.

"Someone like a Usain Bolt and, from a cricket perspective, there are some really strong personalities that resonate throughout the world. and the question then becomes, how do you build on that? so for me, I don't necessarily find it a difficult task, because the Jamaican brand is so strong internationally and it has a very positive resonation when it comes to sport," said Stewart. "That's why we are involved here in Jamaica and why we are involved in the Caribbean overall."