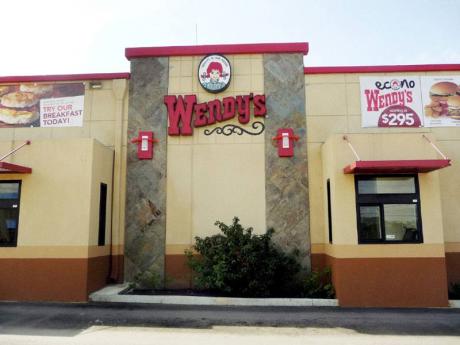 The Wendy's Company on Tuesday reported a first-quarter profit that missed Wall Street expectations and cut its forecast for the year as the hamburger chain struggled in its revival efforts amid higher costs for fresh beef and weaker-than-expected sales.

The Dublin, Ohio-based fast-food company noted that it is in a "transition year," with a new management team focused on modernising restaurants and introducing menu items that will lay the groundwork for future growth.

For the period ended April 1, Wendy's reported net income of US$12.4 million, or 3 cents per share, versus a net loss of US$1.4 million, or breakeven results, a year ago.

Excluding the sale of its investment in skin care company Jurlique International and other one-time items, the company said it earned 1 cent per share. That was lower than the 3 cents per share analysts were expecting, according to FactSet.

Wendy's said margins at its company-run restaurants slipped as a result of higher costs for ingredients, particularly for fresh beef.

In hindsight, Chief Financial Officer Steve Hare said the 'W' cheeseburger promotion was priced at too steep a discount at US$2.99, especially since the sandwich has more beef (4.5 ounces) than the Dave's Hot 'N Juicy (4 ounces).

CEO Emil Brolick, who was hired in September, also noted that the push to remodel restaurants - to incorporate fireplaces, booth seating and WiFi - should better position the company to compete in a rapidly changing restaurant landscape. But he acknowledged the company also needs to look at other aspects of the restaurant experience to stay relevant.

"We understand that it's not as simple as a pretty new restaurant," Brolick said.

An updated menu has clearly been front and centre for Wendy's as well. Late last year, the company rolled out a Dave Hot 'N Juicy burger as well as its natural cut fries. In April, it introduced a Spicy Guacamole Chicken Club sandwich and chili cheese fries. And this summer, the company plans to expand its test breakfast menu to a key Northeastern market.

Still, Brolick noted that changing consumer perceptions takes time. He also noted that the company had to make adjustments in the past quarter, after realising its messaging didn't resonate as strongly as the ad campaigns of unnamed rivals.

"Relative to our competition, our marketing messages were not as impactful as needed," CFO Hare also conceded.

For the quarter, the company said revenue rose two per cent to US$593.2 million from US$582.5 million. That also fell short of Wall Street's estimate for revenue of US$608.1 million.

Revenue at company-run restaurants in North America open at least 15 months and renovated restaurants reopened at least three months rose 0.8 per cent in the quarter. The figure increased 0.7 per cent for franchise restaurants.