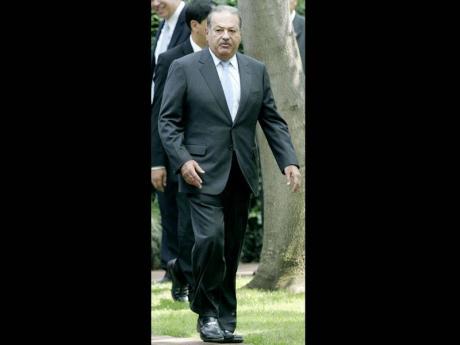 Mexico's America Movil, Latin America's largest cellphone carrier, announced a public offer Tuesday to acquire an additional 23.2 per cent of Dutch carrier Royal KPN NV in a deal worth as much as €2.6 billion (US$3.4 billion).

AMX had previously acquired a 4.8 per cent stake in the Dutch cell, Internet and television carrier. Tuesday's offer would bring America Movil's total holdings in KPN to 28 per cent.

"The investment in KPN represents the first significant investment for AMX in Europe," according to the statement. "AMX believes that both companies will benefit" from the acquisition in areas like roaming, content distribution and marketing."

KPN said the offer was too low.

"KPN is of the opinion that €8 per ordinary KPN share substantially undervalues the company," it said in a statement on Tuesday.

"KPN will seek further clarification as to America Movil's intentions."

America Movil said the company "has been evaluating expanding its operations to other regions outside the Americas. For AMX, geographic diversification is a key element that has given the firm a great stability of cash flow and profitability, and contributed to the strengthening of its credit ratings."