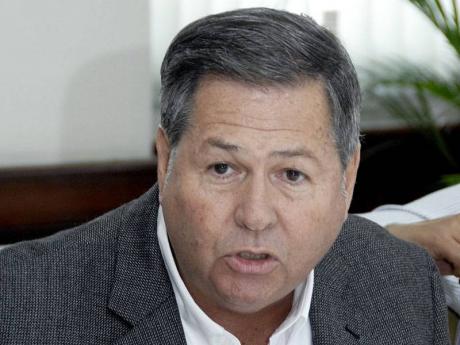 THE LEADERSHIP of the Jamaica Manufacturers' Association (JMA) has described as "reprehensible" the treatment meted out to local telecommunications firm Digicel by the Tax Administration of Jamaica (TAJ).

JMA president, Brian Pengelley, said yesterday that his organisation was "deeply concerned and disappointed with reports of the manner in which TAJ sought information on general consumption tax (GCT) paid over by Digicel".

Pengelley added in a statement to the media: "The TAJ has a right to carry out its job, and businesses have a duty to comply with the laws of the country; however, the treatment meted out to Digicel is reprehensible and speaks volumes about the way we treat businesses in Jamaica."

He sought to explain that the association did not object to the TAJ undertaking customary audits and assessments of companies; however, he said that "care must be taken in how we treat our investors, and the implications".

Said Pengelley: "We must be cognisant of the message that we are sending to investors, both locally and overseas, as the nature of the raid done at Digicel does not portray Jamaica as investor-friendly, or the place to do business."

Meanwhile, the Supreme Court order granted to Digicel last Friday, barring the TAJ from carrying out any further raids on its office, has been extended to May 24.

The extension was granted yesterday after lawyers from the Attorney General's Department, who are representing the TAJ, said they were served with documents yesterday and needed time to get instructions.

The TAJ said in a release last week that the sole purpose of the operation was to ensure that GCT paid by customers was paid over in full to the tax authorities.

Digicel has denied any wrongdoing.

According to the firm, it has at all times cooperated and complied with the various information requests made, subject to the constraints of the Telecommunications Act in terms of the protection of confidential customer information.

Last Friday, TAJ officials, accompanied by members of the police force, reportedly bearing high-powered firearms, turned up at Digicel's New Kingston offices and prevented the staff from leaving at the end of the work day.

Digicel went to the Supreme Court late Friday evening and obtained the injunction barring the TAJ from carrying out its search.

The parties returned to court when the injunction, granted by Justice Evan Brown, expired yesterday.

Supreme Court judge, Andrew Rattray, heard the matter in chambers and extended the injunction. Lawyers representing the TAJ are expected to file the relevant documents before the parties return to court.

Digicel is being represented by attorney-at-law Paul Beswick.