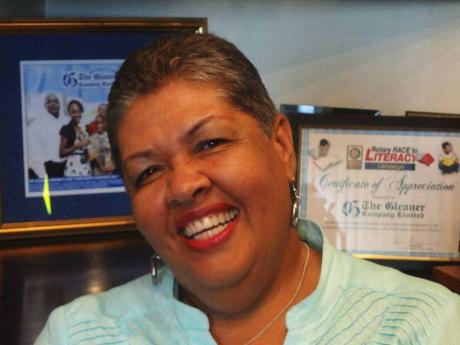 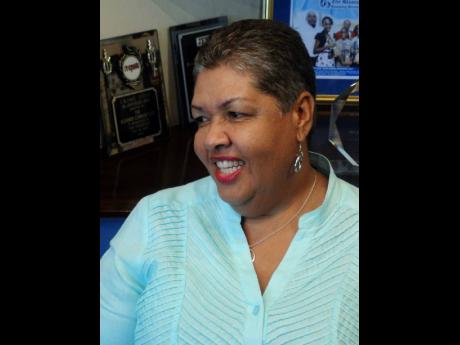 Jamaica's high commissioner-designate Aloun Assamba, 'I have nothing against marriage, I have a problem being married to the wrong man, but yes, I would love to be married again.' - photo by Martin Baxter 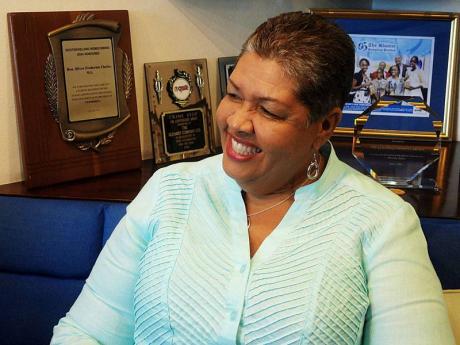 Jamaica's High commissioner-designate to the United Kingdom, Aloun Assamba, besides being an attorney-at-law, is an accomplished dressmaker who got her first sewing machine upon completion of her A'Levels?

She can also knit, crochet, do tatting and she even decorated the wedding cakes for her own, as well as her brothers and sister's, weddings. She is also versed in the art of floral design. And, as if that were not enough, she has been an accomplished cook from the age of 10 when she won her first cooking competition! Check out some of the other things not many people know about her.

Assamba is a Christian, a very proud Roman Catholic and very active in church work since her teens. "I have worked with all the archbishops since age 15," she told The Gleaner in an interview at North Street on Monday.

She takes up her post in London later this month.

"I was very active in the Catholic youth movement in the '70s an,d over the last five years, my personal prayer life has been growing," she revealed.

When Jamaica Broilers celebrated its 50th anniversary, she was invited to hear a special speaker one Friday morning at 7, and that led to what has become a regular weekly activity for a group of women who meet for Bible study and prayer.

Of the experience, she said, "God is in charge, things don't happen on your time but on His."

For someone with that trademark straight-from-the-heart laughter, the last thing you would expect to hear is that Assamba is shy, but she admits to being shy.

"My personal life with family and friends is much different from my professional and public life. In the latter, I am expected to go out and represent at parties and other social engagements, so when I arrive, I stand at the door and steal myself to go in and do the work.

"Left to my own devices, I would stay home, read, watch TV, go to a movie, or lyme quietly with family and friends," she said.

The high commissioner (designate) is also a great cook, who collects and reads cookbooks like most people read novels. She compares cooking to chemistry, saying that after a while, one instinctively knows what works. With a preference for gourmet dishes, her favourite kitchen activity is baking pies that are so delicious, friends often ask, 'when you baking the next pie?'

However, she prefers to prepare meals that take 30 minutes or less and she does not like a messy kitchen.

"This is a carryover from the days when daddy used to cook, but hated washing dishes. It was our job to wash up after him and so that has stayed with me."

That is a natural segue into the fact that Assamba is passionate about being very organised.

"I can tell exactly where every item in my closet is. I know precisely whether an item is on the left, in the middle or on the right of a drawer," she revealed.

She notes that during the period of her life that required constant overseas travel, she could call her helper and tell her exactly where to find everything, pack her suitcase and all she had to do was collect it and head to the airport.

Is that not bordering on obsessive-compulsive behaviour, The Gleaner asked?

Not at all, she credits the habit to a mother who, having raised seven children, always insisted on all areas of the home being kept spic and span because she did not like untidy surroundings.

So, Assamba cannot sleep in an unmade bed and ensures it's remade even if she leaves it to return after a short time.

"I believe in having everything in its right place, I even keep my car keys in the same spot at all times!"

Assamba has an only child, her son Dominic, who she deliberately kept away from the limelight until he was old enough to handle it.

He is now a businessman, who operates his own company from downtown Kingston, where he insisted on relocating it.

"I have told him that I would love to have grandchildren now, I used to ask him to wait until he was 30, so I am ready now," she quipped.

And, on that note, would the affable divorcée like to be married again?

"Definitely!" was her response, I have nothing against marriage, I have a problem being married to the wrong man but, yes, I would love to be married again.

With responsibilities for the Scandinavian countries, as well as Finland and Iceland, at the end of her tour of duty, Assamba would like people to say she was a good high commissioner who made a difference in the lives of the Jamaican communities where she was posted.