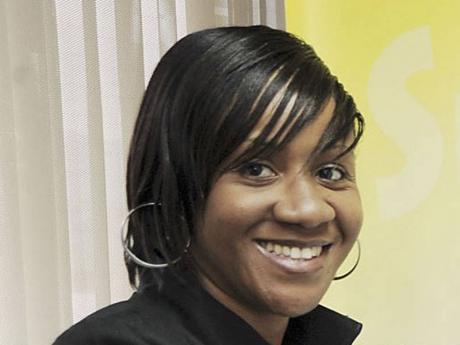 Supreme Ventures Limited (SVL), the foremost sponsor of local racing at Caymanas Park, kicked off its 2012 campaign with the launch of the $3.3 million Lotto Classic for the Governor's Cup to be run over 2000 metres on Saturday, May 19.

Plans for Lotto Classic raceday were outlined by representatives of Supreme Ventures and Caymanas Track Limited (CTL) at the Knutsford Court hotel yesterday.

Confined to native-bred three-year-olds, this the 72nd running of the Governor's Cup (Lotto Classic) marks the 11th year that Supreme Ventures will be in partnership with CTL for this undertaking, noted SVL's senior corporate communications officer, Carlene Edwards.

"Lotto raceday promises to be an exciting one as our contribution towards the purses for the 10 competitive races will be $1.85 million," she said.

She was quick to point out that SVL's contribution to the $3.3 million purse of the Lotto Classic is $750,000, but the gaming company will also sponsor five other races on the card, including the 16th running of the grade one Lotto Sprint over 1100 metres with a purse of $1.47 million, and the Lotto Dash for two-year-olds.

Supreme Ventures, also sponsors of the Triple Crown series for two-year-olds beginning in October, has donated $287,000 to the purse of the Lotto Sprint, a race which will mark the seasonal debut of Champion Sprinter and 'Horse of the Year' SAINT CECELIA.

"Supreme Ventures and Caymanas Track are committed to the industry of gaming and entertainment and facilitating our customers in the best way possible," emphasised Edwards.

"So, on Lotto Day, you will see at the track our latest collaboration that further strengthens the relationship between us, that is, a brand of JustBet/Sports betting kiosk in the clubstand area at the track.

"We look forward to the hype and energy associated with Lotto Classic Day.... the Wheel of Fortune spin game and the purchase of the Go For Gold raffle tickets which offers as its main prize an all-expense paid trip for two to the London Olympics," she added.

Sibbles, deputising for racing secretary Denzil Miller Jr, said the Lotto Classic, the final prep for the June 9 Jamaica Derby, promises keen competition among the best of the three-year-olds.