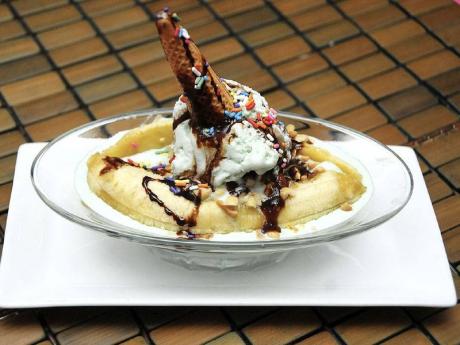 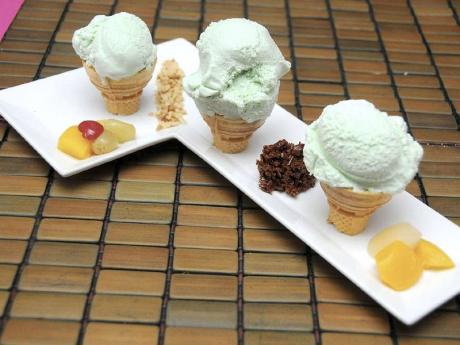 Three is a charm so maybe you'll want to keep all three servings to yourself of Crazy Jim's apple vodka-flavoured ice cream, one of the company's newest flavours. 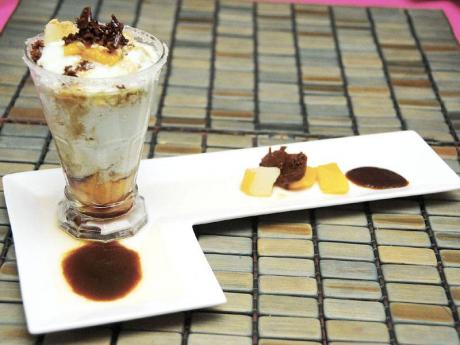 A shot of green apple- flavoured vodka in your ice cream? Sounds tantalising? Well, Jamaicans have never shied away from ice cream with a dash of alcohol, think the traditional rum and raisin flavour.

Jean Stewart, deputy chairman of the company, stumbled across the idea when her sister told her about green apple-flavoured vodka, a liquor she had never consumed, and Stewart played a hunch that it would make a great ice cream flavour.

"The response was so tremendous that we realised it was definitely a winner," said Yolande Fullwood, sales and marketing manager for the ice cream distributor. This response came after they whipped up a sample batch of the sweet stuff to scoop out at the recently held trade exposition of Jamaican brands, Expo Jamaica.

"In gauging the response from the unveiling at Expo Jamaica, it is clear that we have a winner in the distinctive flavour of our apple- vodka ice cream," Fullwood said in a press release.

As a result of the rave reviews, they won the award for best new product for 2012 at the expo.

The ice cream, which is light green in colour and contains 1.5% alcohol, is sweet with a subtle alcohol flavour.

"No price point has been agreed on the apple vodka as yet. The product can be specially ordered and will be available in eight-litre buckets to the public through our depots very soon," said Fullwood via e-mail.

The new flavour will join five other flavours in the new CJ Twist line. The new line will be rolled out fully during the summer to herald the season as well as celebrate Jamaica's 50th year of independence.

The flavours include orange vanilla, raisin crunch, nutty rum, fruity delite and chunky cherry pistachio. These other flavours are available at Crazy Jim depot locations initially in one and three-gallon sizes.