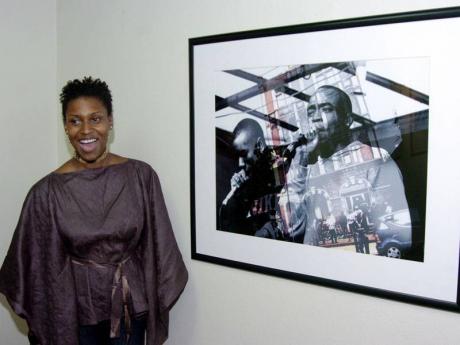 London-based photographer Sireita Mullings stands by her piece at the opening reception of the National Visual Arts competition & exhibition 2007 at the National Gallery of Jamaica. - File 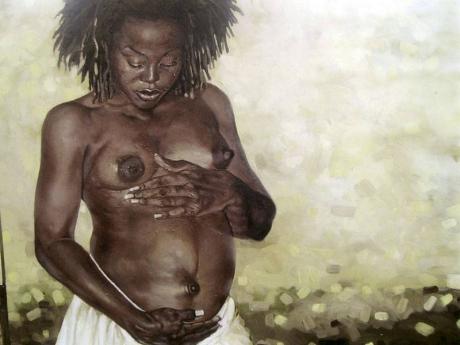 The Light That Gives Life To My Form: The Reality' won Natalie Barnes a gold medal in the 2006 JCDC National Visual Arts Competition. - Contributed Photo
1
2

There will be two special Jamaica 50 prizes awarded in the National Visual Arts Competition (NVAC) this year as it celebrates its 49th year of existence.

For the past 48 years, the competition has been part of the annual programme of the Jamaica Cultural Development Commission's (JCDC) list of events, and has been staged in cooperation with the National Gallery of Jamaica since 2007.

According to the NVAC coordinator, Sana Rose-Savage, as the entry deadline nears, she is hoping for a bounty of special entries.

"The deadline is May 18 and we start our first exhibition at the National Gallery on July 8," she said.

Between May 14 and 18 from 9:30 a.m. to 4 p.m., completed entry forms and entry fees must be submitted to the respective JCDC parish offices across the island, except for entrants from Kingston and St Andrew, who should submit their entries to the National Gallery of Jamaica at 12 Ocean Boulevard in downtown Kingston.

Rose-Savage revealed that efforts are being made to make the prizes more attractive this year even though the entry fees of $100 for children and $500 for adults remain the same.

This year, she said, there will be prizes awarded for first, second and third place, a prize for youth, the Summit Prize for schools, a prize for Top Teacher, a Viewers' Prize, where members of the public get to vote for their favourite entries, and "two special Jamaica 50 prizes, one for adults and one for children".

What this means is that there will be two formats of entries this year - regular entries and a special entry for Jamaica 50-themed artwork. Each format is allowed a maximum of three entries per category.

The competition coordinator said the JCDC will be maintaining its regular exhibition schedule, wherein there will be one national exhibition at the National Gallery showcasing all selected works and a travelling showcase in three locations around Jamaica; workshops and schools' transportation grant incentive. According to Rose-Savage, the proposed stops are Port Maria, Montego Bay and Mandeville.

However, those stops are yet to be confirmed. The travelling showcase has been scheduled for September to December 2012.