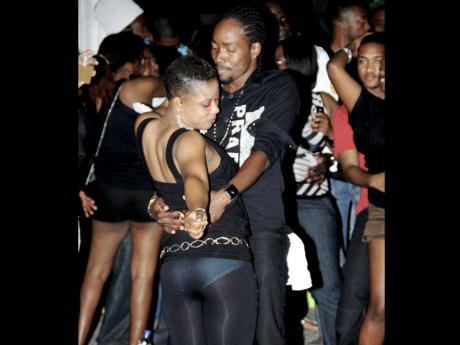 These two get very cosy during Heineken Good Times at the Chinese Benevolent Association, Old Hope Road, on February 25. - FILE 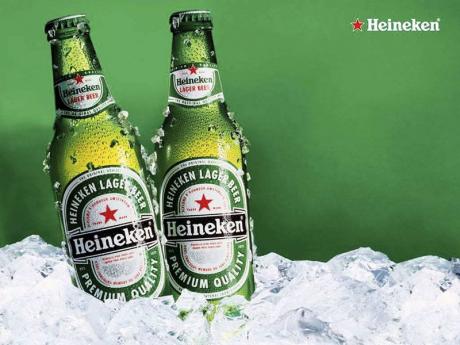 Heineken Good Times has been a staple for those who love the music of yesterday but it's next instalment promises something different.

The event, known for using sound systems that not only understand the era of music it should cater to, but also feed on the energy in the party, will be adding a live component.

The May 26 date, titled 'Heineken Good Times, Shake that Groove', will create more anticipation than usual, as The Quorum, organisers of the party, said it will be "raising the bar on this event by giving patrons a taste of the past with a twist".

Shake that Groove, along with Jamaica's best DJs on the wheels of steel, will showcase the talents of artistes from yesteryear to take patrons on a journey of the music throughout the decade and beyond.

According to the organisers, screens will also be set up to engage patrons in a trek through the country's music and art by depicting great moments throughout the country's cultural history.

The organisers have also said last year Heineken Good Times produced four exceptional parties and kicked off the year on a high note with the first party for 2012, Lovers Rock. With patrons still commenting on Lovers Rock, members of the Quorum have decided to put a spin on the second party for 2012.

Jerome Hamilton of the Quorum said, "The live performances during the show have always been successful and have been a hit with patrons. I am looking forward to this staging of Heineken Good Times with all its perks, as well as the new venue."