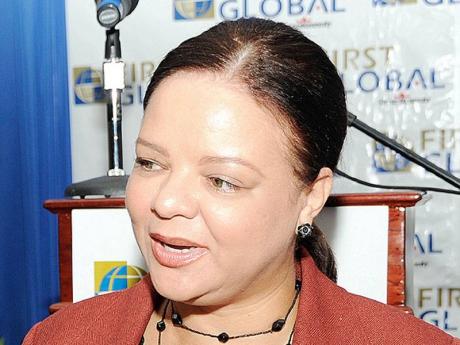 THE MINISTRY of Finance and Planning has broken its silence in a vigorous public debate over a tax raid on telecommunications firm Digicel late last week, claiming there appears to be "a concerted campaign to discredit the work of the Tax Administration of Jamaica (TAJ)".

In a statement yesterday, the ministry suggested there was an attempt to try the case in the court of public opinion.

Noting that it did not normally comment on such issues in public, the ministry said it felt compelled to speak out this time as a result of the number of inaccuracies in statements being made publicly.

The ministry said in 2011, the TAJ started a process of auditing various sectors of the economy, including all companies in the telecoms sector.

"Only in this instance, thus far, has the TAJ been forced to resort to the courts to secure the information requested, and only after all other reasonable means of getting the required information had been exhausted," the ministry added.

The ministry also said it wished to make clear that, contrary to media reports yesterday, no tax assessment had been served on Digicel as an investigation was currently in progress.

According to the statement, the TAJ had, therefore, provided no figures indicating tax owed by the company.

In its affidavit filed in the Supreme Court on Tuesday, Digicel stated that the TAJ had asserted that "for the three-month period under review, there was a J$111 billion (US$1.256 billion) discrepancy in the numbers it had 'calculated' and the amount Digicel had included in its GCT (general consumption tax) returns".

Digicel had argued that "it is now abundantly clear, however, that TAJ completely misunderstood the data it had been provided with and - rather than seeking clarity - it arrived at its own grossly inaccurate conclusions".

But yesterday, the ministry advised that in conducting the sector audits, the Government received significant technical assistance from multilateral agencies. "We have also secured bilateral assistance from countries with a reputation for having the most competent tax authorities globally.

"Despite the unfortunate and misleading accusations against the TAJ, the exercise to improve tax compliance will continue as we now have irrefutable proof of considerable revenue leakage taking place in Jamaica," the ministry declared.

The finance authorities said they would refrain from further comment on the issue until the matter was settled in the courts or otherwise.

But in a response late yesterday, Digicel contended that at the end of the day, the truth would come out in the court.

While the finance ministry adopted a clear stance in support of the TAJ, Minister with Responsibility for Information Sandrea Falconer told journalists at a Jamaica House media briefing yesterday that the Police Commissioner Owen Ellington was probing claims that the police used excessive force during the operation.

She stressed that the administration had allowed the leadership of the police force to address that matter.

However, Falconer made it clear that the Government would not support heavy-handed tactics.

The TAJ has said the sole purpose of its operation at Digicel's offices was to ensure that GCT paid by customers was paid over in full to the tax authorities.

"The operation was done with the support of the police, who acted professionally at all times," claimed the TAJ.

But Digicel countered, saying it was shocked and offended by the abuse of process and approach undertaken by the TAJ, especially as all information which the state agency was seeking had already been supplied.

Late yesterday, the Jamaica Chamber of Commerce (JCC) also joined the debate expressing "its grave alarm at the procedure employed by the TAJ" last Friday.

It said: "What is of major concern to the JCC is that the reported procedure employed by the TAJ - including but not limited to the deployment of heavily armed police officers in an operation at the firm's headquarters - sends an extraordinarily objectionable message to our local and international investor community."