Gov't should do more to support local manufacturers - JMA 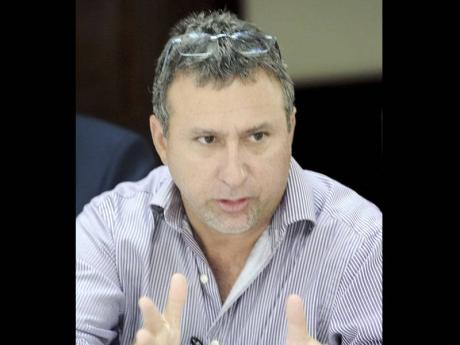 Some of the leading players in the Jamaican manufacturing sector have blasted sections of the Government's procurement guidelines, charging that those provisions make a mockery of the 'Buy Jamaican' mantra of successive administrations and place local companies at a major disadvantage.

The main gripe, according to Metry Seaga, deputy president of the Jamaica Manufacturers' Association (JMA), is with the clause that gives bidders for government furniture contracts 50 per cent of the grade if they can show that they have completed a previous job of a similar standard and size.

"If you haven't done it as a local manufacturer, you can't get it, even if your price is better," Seaga said during a Gleaner Editors' Forum held at the newspaper's central Kingston offices yesterday.

"What does that do to local manufacturers? Made in Jamaica should be 50 per cent of the grade," he declared.

Acknowledging that governments are the biggest spenders for goods and services, he said it was time the nation's political leaders set the example in the 'Buy Jamaican' campaign.

"Our government talks the talk, but they don't walk the walk. They never have," he chided.

Added the JMA deputy president: "So it's really a sham. What the Government is doing is looking to get any quick dollar they can get from overseas and not looking to build the base."

The JMA said it has proposed several changes to the guidelines, but its president, Brian Pengelley, said "various Cabinets and governments" have failed to implement any of those proposals.

One of the changes the JMA has proposed is a 15 per cent price advantage that would "give favourable consideration to local businesses".

"That's probably the largest one (of the proposed changes) that would have an impact on purchases," he explained.

Seaga called for a change in the way governments view the manufacturing sector.

"If we have a government that recognises manufacturing for what it is and can be, and start to act accordingly, I think that we can build our manufacturing sector to leaps and bounds ahead of where it is now and end up building our economy as a result of that," he reasoned.