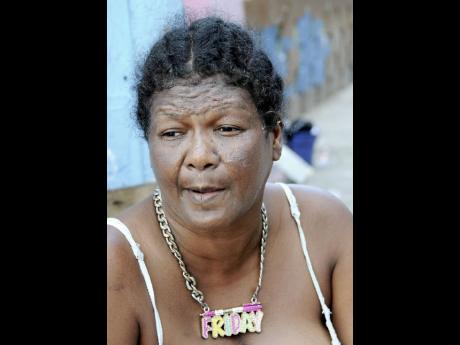 Janet believes that now Livity is back on the street, the peace and calm they always knew will return. - Winston Sill/Freelance Photographer 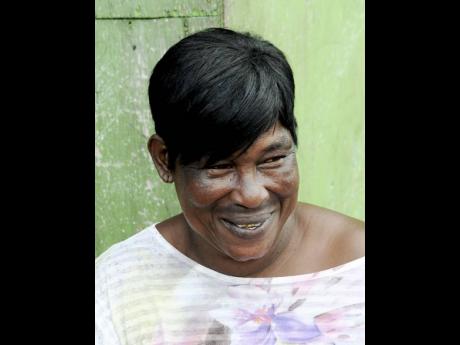 Elizabeth says that without Livity, the community lived in fear and residents had no one else to turn to for aid when he was gone.
1
2

When The Gleaner visited the Lizard Town community yesterday, after Coke was freed of gun charges, residents were overjoyed, saying, "Who God bless, no man curse."

They described how crime has increased since Livity's incarceration.

"Tings whe a gwaan from di odda day couldn't happen if him did deh ya. One time you coulda leave yuh car and nobody trouble it," said Janet Mangaroo. "When I am in my house at night, I have to put on lock and key."

Another resident, who would only identify herself as Elizabeth, 50, pointed to the picture of a teenager who was recently killed in a stabbing incident, saying Livity would have quelled that dispute long before it became fatal.

"From Livity gone, a pure tings like dat a happen," she lamented. Another resident named Paul, who was finishing off a healthy plate of curried chicken, was confident Livity would beat the charges.

"No fear (of a guilty verdict) because di man clean! Dem youth deh a God bless," he said. Residents bluntly said the police couldn't protect them like Livity and claimed some members of the security forces were abusive to them.

He felt that Livity was a role model because he earned the respect of the youth.

Residents spoke of Livity's benevolence, noting even back-to-school treats were on hold. Now, they can smile again.

"Trust me, a pure pot cover a knock when wi hear di news," said Elizabeth. She hoped Livity would reopen his studio, giving all the youth who have talent an avenue to express it. Meanwhile, they wait eagerly for his return.

"I wouldn't mind if I coulda see him right now," Janet said with a laugh.