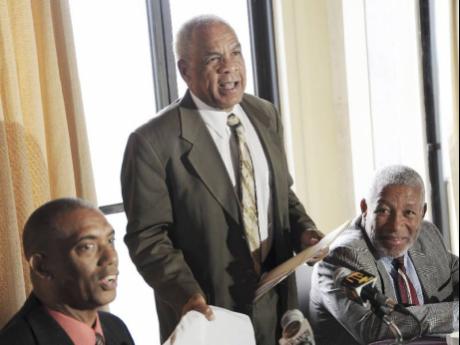 The Transport Ministry is touting its success in reducing road fatalities for the first quarter of this year through the implementation of the Road Improvement Programme.

"Our commitment to road safety is clear and unambiguous, and we are beginning to see the benefits as, through coordination with all our road-safety stakeholders, there has been a 20 per cent reduction in road fatalities between January and March this year compared to 2011," Transport Minister Dr Omar Davies said yesterday. "This has positioned us strongly to bring road fatalities below 300 this year."

Davies made the announcement during the keynote address at the inaugural International Road Federation (IRF) Caribbean Regional Congress held at the Hilton Rose Hall Resort in Montego Bay, St James.

The minister also indicated that his ministry has begun the process of honouring the requirements of the IRF and had acquired guard rails for trouble spots in Manchester and Clarendon.

"Under our Road Improvement Programme, for instance, much-needed guard rails will be procured for installation in critical areas in two parishes so that injuries are minimised when road crashes occur," he explained.

"We are fully aware of the IRF's objection to the use of 'fishtail' and 'turned-down' ends treatments in the traffic environment. We have been adopting other treatments and are taking further steps to remove the dangerous end treatments from the roadways as recommended by the IRF."

Davies also said the ministry was developing a clear-zone policy to remove rigid objects from the nation's streets, including concrete light poles erected by the Jamaica Public Service Company, in a bid to stave off minimise injuries if vehicles crash into them.

No room for error

"We recognise that it is not acceptable that we permit rigid objects to be placed in the traffic environment, and when, for example, for whatever reason, a motorist makes an error, he or she suffers needlessly," he said. "In too many locations, there are concrete utility poles within our road reservation, and should there be an impact, the occupants of these vehicles will receive a great deal of trauma."

The ministry has also procured equipment to mark the island's entire road network and has been erecting new traffic signs across the island.

The minister added: "We have also embarked on the planting of additional traffic signs, inclusive of regulatory and warning signs geared towards enhancing safety on the roadway. Several new traffic signals were installed and others rehabilitated, and it should be noted that these installations were based on the actual crash data, which provided guidance."