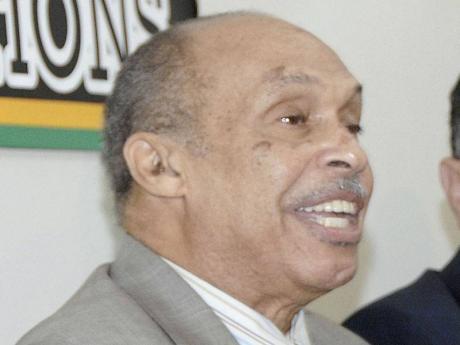 THE Errol Miller-led Electoral Commission of Jamaica (ECJ), in its report to Parliament on Campaign Financing, has made several recommendations for the safeguarding of the country's democracy.

Arguing that the unregulated flow of money into campaigns oftentimes has negative consequences, the ECJ has put proposals about how to approach the business of campaign financing. Today we continue outlining those proposals.

1. Where a registered political party contests one or more constituencies in a parliamentary general election, local government election or national referendum, the limit applying to campaign expenditure which is incurred by, or on behalf of, a party during the campaign period shall be $10 million multiplied by the number of constituencies contested by that party, at least one-half of which shall be spent in constituencies in which it has candidates.

2. Where at an election a candidate stands for election in any constituency on behalf of a registered party, or as an independent candidate, the limit applied to campaign expenditure shall not exceed $10 million. This amount is inclusive of any amount received from any political party, or the National Election Campaign Fund, or the State.

3. During a campaign period, each candidate and each political party shall submit to the Electoral Commission, Interim and Final Campaign Expenditure reports.

The Interim Report shall cover the period from the commencement of the campaign period to the day on which the election is announced and shall be submitted to the Electoral Commission not later than eight days after nomination days.

The Final Report shall cover the entire campaign period and shall be submitted by a candidate not later than eight weeks after election day and by a political party not later than 12 weeks after election day. Both the Interim and Final reports should be submitted to the Electoral Commission in the prescribed form and must show every donation received, whether in cash or kind, and detail all expenditure, loans, advances, goods and services received and debts and liabilities incurred during the campaign period.

4. Where a report is not submitted to the Electoral Commission within the time specified, the candidate, or in the case of a political party, every member of that Executive of the political party, each commits an offence and shall be liable to a fine not exceeding $5,000 for every day beyond the prescribed deadline.

In the case of a continuing offence, a further fine not exceeding $100,000 for every day, or part thereof, during which the offence continues after conviction shall be payable by such a person in default.

5. Any candidate or party official who makes a false declaration shall commit an offence and shall be liable on conviction therefore to a fine not exceeding $5 million, or in default of payment to a term of imprisonment not exceeding three years.

6. The Electoral Commission shall have the power to require disclosure. This power shall apply to the following organisations and individuals:

b. A regulated donor, that is, organisation, group or individual.

c. A candidate at an election.

d. The election agent of such a candidate.

The Electoral Commission may give a disclosure notice to a person who is, or has been at any time during the period of five years immediately preceding the day on which the notice is given, the treasurer or any other officer of a political party, or group, to which the above paragraph applies.

A disclosure notice is a notice requiring the person to whom it is given to produce for inspection by the Electoral Commission or its agents, any document which:

(i) relates to the income and expenditure of the organisation or the individual in question and is reasonably required by the Electoral Commission for the purpose of carrying out its auditing functions; or

A person to whom a disclosure notice is given shall comply with such notice within the time specified in the said notice.

7. The commission is further recommending that the nomination deposit paid by candidates on nomination day be increased to $10,000, and Section 23 Subsection 4 Paragraph (b) of the ROPA be amended to reflect the said increase.

8. All the limits and fees prescribed above shall be subject to review and adjustment by the Electoral Commission from time to time.