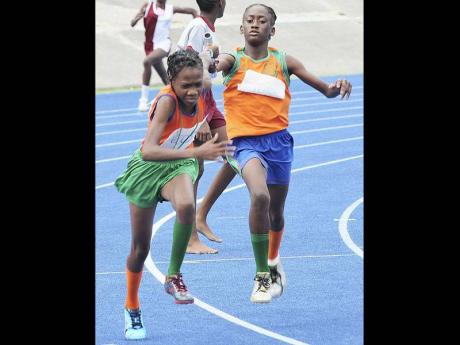 The Portmore-based team dominated opening day of the championships, which led to them advancing to 10 out of 12 relay finals, which will be run on Saturday's final day.

"We are very confident that we can defend our title at this point because I have not seen another school that is putting themselves in a position to mount a creditable challenge to us," said Coke.

"My team has made it to 10 out of 12 relay finals, and so my rivals are not doing as well as we are doing because I think I am about three or four relays ahead of them," he said.

On the other hand, Keith Wright, coach of New Providence, who finished second in the championships last year, said his school would be making a serious challenge for the title.

"We plan to mount a very serious challenge for the title this year because the parents and teachers have been backing the team and this is the best support that we have ever received from them, and so we want to give them a gift by winning the championships," Wright said.

Laquan Chambers, coach of Greater Portmore, who finished third last year, said: "We are coming this year to win the championships, and as long as the athletes follow our instructions then I definitely think that we can come out victorious on Saturday."

The boys and girls long jump and high jump open finals will be contested today.