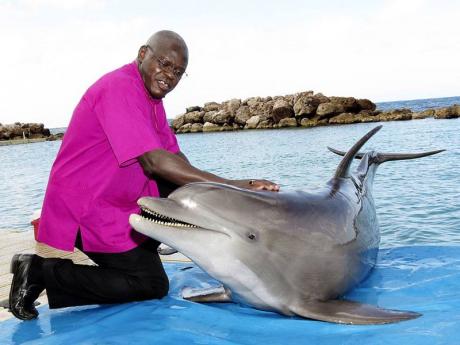 Marine attraction Dolphin Cove plans to develop three new facilities outside Jamaica by 2016, but says the projects are not advanced enough to reveal locations.

One facility is likely to hit the market in 2013.

"We are presently in discussions in three Caribbean territories, and expect one to be approved this year for construction and to be opened next year. We plan to open three new facilities in the next four years," said chairman and chief executive officer Stafford Burrowes.

"Negotiations are at a very sensitive stage and we would prefer not to disclose locations at this time."

Burrowes was responding to a report in last Friday's Financial Gleaner, which indicated that Dolphin Cove's planned Caribbean expansion would grow return on equity beyond the current 20 per cent.

Dolphin Cove nearly doubled its audited December yearend pre-tax profit to some $204 million. In its yearend financials, the chairman's report indicated that even a small overseas operation would offer large income potential for the marine attraction, which earned total operating revenues of J$1.1 billion last year.

The junior market company trades at J$6.90 on the Junior JSE, placing its stock market value at J$2.7 billion.