Gov't projects more than $1b from traffic tickets 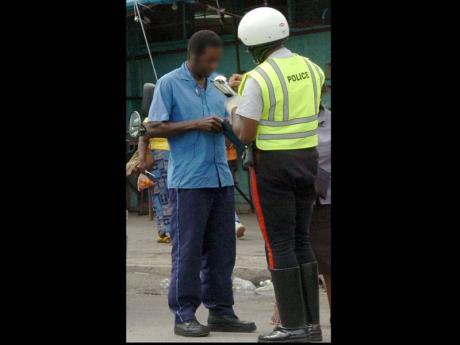 THE GOVERNMENT has indicated its intention to collect $1.32 billion from traffic tickets this fiscal year.

Figures contained in the 2012-2013 Estimates of Expenditure, tabled in the House of Representatives yesterday, indicate that the Government is seeking to increase its collection over last year's take by $710 million.

In the 2010-2011 fiscal year, the Government had initially projected to raise $446 million from traffic tickets. That year, the state revised the provision upwards to $620.7 million.

It was the second time in two years that the Government has revised upwards its collection target. At the start of the fiscal year, the amount budgeted for collection was $296 million. That figure was revised to $446 million later in the fiscal year.

Not a dictate to police

Radcliffe Lewis, senior superintendent of police in charge of the Traffic Department, said the budgeted figures do not represent a dictate to police.

"All the while you hear people saying that police have a quota, that Government tells them to collect certain amount, but nothing like that."

He added: "The Government is not telling us to write any tickets to get funds."

"By warning the Government loses millions, but that is the nature of the work," Lewis said.

In the meantime, attempts by The Gleaner to have Peter Bunting, the minister of national security, explain the basis on which estimates for the collection of sums from traffic tickets are derived proved unsuccessful.

The Government has estimated that more than $2 billion in traffic tickets remain uncollected.

Parliament recently passed a traffic-ticket amnesty legislation which is aimed at allowing persons to pay outstanding traffic tickets, accumulated before September 20, 2010. Persons taking advantage of the amnesty would not be liable for conviction for the outstanding offence.

The amnesty does not cover serious offences such as dangerous driving as those are not ticketable offences.

A date has not yet been set for the start of the amnesty.