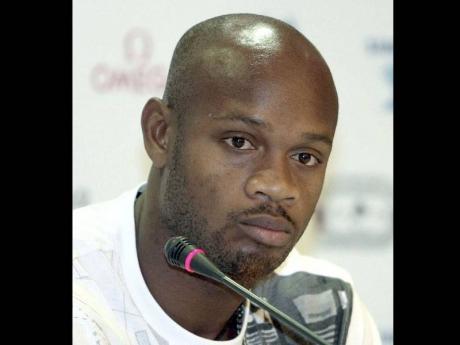 Sixteen Jamaicans are in action in today's Samsung Diamond League opener in Doha, Qatar, as the island's stars continue their build-up to next month's JAAA/Supreme Ventures Limited National Senior Trials, the qualifying event for this summer's Olympic Games.

Sprint queen Veronica Campbell-Brown will lead a battery of Jamaicans entered in the women's 100m with Olympic champion Shelly-Ann Fraser-Pryce and silver medallists from the Beijing Games Sherone Simpson and Kerron Stewart also listed to face the starter at 11:50 a.m. (Jamaica time).

While Stewart (10.98) and Simpson (11.28) have already registered 100-m runs since the start of the year, this will be Campbell-Brown and Fraser-Pryce's first shot at the event since last year's IAAF World Championships in Athletics final in Daegu, South Korea. The Jamaicans will be tested by American pair Allyson Felix and LaShauntae Moore.

In the 11:30 a.m. men's 100m, Asafa Powell will be looking to show what kind of form he is in after skipping last weekend's JN Jamaica Invitational because of a groin issue and watching his compatriots Usain Bolt (9.82) and Yohan Blake (9.84) set the two fastest times so far this year over the past few days.

Powell will have company

Powell, who was the second-fastest man last season with a time of 9.78, will have for company, training partner Nesta Carter and fellow Jamaicans Lerone Clarke and University of Technology's Jacques Harvey.

Disgraced United States sprinter Justin Gatlin may find things a little rough after returning from a four-year drugs ban but will be looking to peg back the Jamaicans and show that his IAAF World Indoor Championships 60m gold medal is no fluke.

Olympic champion Melaine Walker and her MVP Track Club teammate Kaliese Spencer - last year's Diamond League winner in the event - will actually be the first Jamaicans on track (11:03 a.m.) along with Stephanie McPherson, as they line up in the women's 400m hurdles.

Walker, who ran 55.28 in Kingston last week, is the fastest in the field, which also includes Great Britain's Perri Shakes-Drayton. Spencer will be making her first 400m hurdles appearance this season, while McPherson will have to improve on her 57.46 season mark if she is to figure at all here.

Marvin Anderson, Rasheed Dwyer, and Mario Forsythe are all down for action in the men's 200m, which will also see World Champs silver medallist Walter Dix face the starter.

National record holder Brigitte Foster-Hylton, who underlined her return from injury with an impressive 12.51 run last week (second fastest of the year), is the lone competitor in the 100m hurdles, while Kenia Sinclair, who missed the Penn Relays due to illness, will look to pick up from the form she showed last season when she runs her first 800m for the year.