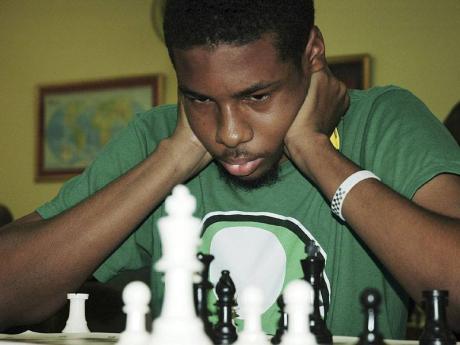 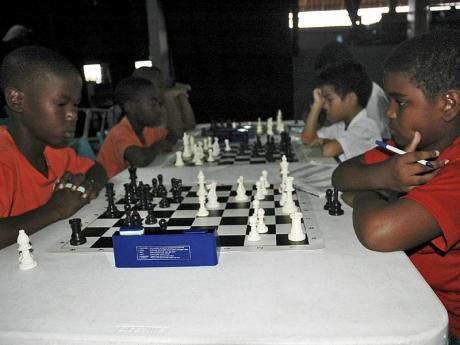 NM James has been on track to gain this title since early this year, after excellent tournament results at home and abroad in 2011. James was a member of the team that represented the University of the West Indies in the Intercollegiate tournament in the United States last December.

Outside of winning the national championships, the other way to earn the NM title is to get to a rating of 2200 or more and maintain this for two consecutive tournaments. NM James, ending the nationals with a rating score of 2210 points, has secured his title, having first touched the golden 2200 mark in January 2012 in the John Powell Memorial, maintained it after winning the National Junior title, and kept his head above 2200 again at the end of the National Open Champs.

The new rating list also shows that fifth-form Calabar High star, Shreyas Smith, is now also entering the fray of attaining an NM title as he has achieved his first NM norm, as after the nationals his rating has soared past the 2200 barrier and he is now at 2221. This means that should Smith play in all the major tournaments available for the rest of the year and maintain his rating above 2200, he, too, could be a titled player before the end of the year. Smith entered the nationals with a rating of 2113.

The other noteworthy rating movement was a Bolt-like rating surge of St Jago High third-former Alistair Walker, who entered the president's invitational at 1767 and emerged with a rating of 2037. This puts him in 163 rating points away from a NM norm.

The top 15 Jamaican rated players are:

NM Fairclough and NM Gibbs are not currently active players.

Sts Peter and Paul Preparatory reigned supreme at the 13th annual edition of the primary/preparatory schools' chess tournament at Campion College last weekend. This team is coached by Adrian Palmer.

Defending champions Hopefield Prep, seeded as the pre-tournament favourite to retain the title, were not in the final fray, though, as new kids on the block Ewarton Primary romped through the tournament, landing in the final round with a do-or-die face-off against the eventual champions.

Sts Peter and Paul Preparatory, who last won the title in 2008, ended with 5.5 points from a possible six. The Ewarton Primary team, coached by National Master (NM) Mikhail Solomon, ended on five points.

Players on the 2012 victorious Sts Peter and Paul team were: board one, Leighton Barrett; board two, Nathan Chin; and board three, Lawrence Foreman.

Ewarton's second-place team were Shandon Guy, board one; Tahj Granell, board two; and Cannute Clarke, board three; and Devonte Jackson, alternate board three.

Sixty-four teams from across the island participated in the exciting two-day tournament.

More from the official rules of chess: Rule 4.3: Except as provided in Article 4.2, the player having the move deliberately touches on the chessboard: (c) One piece of each colour, he must capture the opponent's piece with his piece, or if this is illegal, move or capture the first piece touched which can be moved or captured. If it is unclear whether the player's own piece or his opponent's was touched first, the player's own piece shall be considered to have been touched before his opponent's.

May 19-20: The Robert Wheeler Chess Open venue to be announced