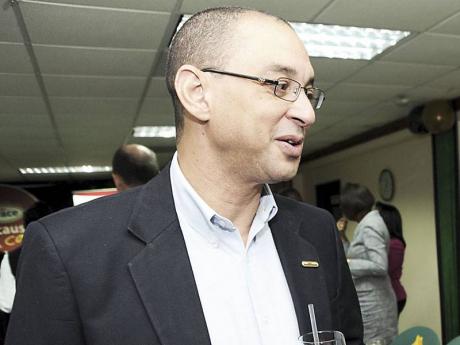 He made the announcement on Monday during a GraceKennedy celebratory luncheon in honour of Jamaica's recent record-breaking fifth straight hold on the West Indies Cricket Board four-day title.

"GraceKennedy, in 1998, sponsored the Reggae Boyz football team to the World Cup, in terms on nutrition, and we are going to sponsor the national track and field team in terms of the 2012 Olympics," said Wehby.

"We are, thereby, pleased to announce that I made contact with our Grace Foods global brand manager, Tony Lawrence, and plans are in place to extend this courtesy to the JCA," he added, to loud applause.

"We here at GraceKennedy know the value and importance of proper nutrition and, with the successes of various national teams from the Under-15, Under-19, and men's and women's in recent years, it is only fitting that we lend support.

The announcement, which was greeted with delight by both members of the Jamaica winning team, and the JCA hierarchy, was one of several made by Wehby at the function.

Others announcements included the establishment of player-retainer contracts to assist with player development, calls for private-public partnerships to help JCA carry out its mandate, and the need for an adopt-a-club programme to help with the revival of national club cricket.

"I believe we need to have discussion of how we are going to get cricket up and running again, in terms of crowd support," he pointed out.

"I used to go to club matches and there are similar scenes to that of high school cricket at club cricket, little or no support.

"This cannot be allowed to continue as it is stifling the development of teams and players, and all stakeholders in the game need to grab a hold of the situation and help where we can."