Literacy is the key to moving Jamaica forward 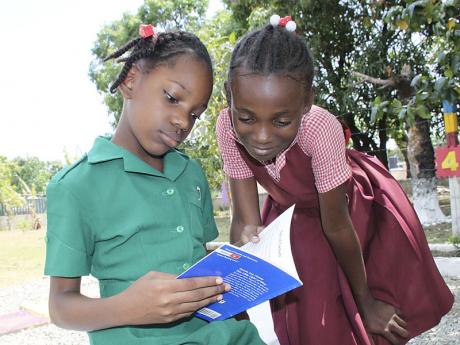 After reading a couple of articles from the Gleaner BlackBerry application on May 9, 2012, the reality of the state in which the country has found itself has become more evident.

From owing approximately US$18 billion to Minister Thwaites seeking to have more private-sector investments for tertiary education, the task of moving the nation forward seems more of an 'upwall task' rather than an uphill one. Statements have showed that Jamaica is only growing by 1.1 per cent annually. And with this, unemployment is growing.

It is in this light that I think the only way of attempting to solve these problems is to focus on improving literacy. And this means placing a greater emphasis on the education system, especially the foundations - early-childhood education.

With increased literacy, employ-ment will increase. And, even though we are all aware of the financial crisis of the country, more persons have to just pitch in and give of their services freely. This is where the country has to beseech civil servants and nation builders to help where they can.

Jamaica is ours, and if we want to see it grow from strength to strength, we have to step up to the plate and take control!

We have to constantly seek God's guidance in doing so. And the best way to do this is to make the words of the national anthem meaningful.