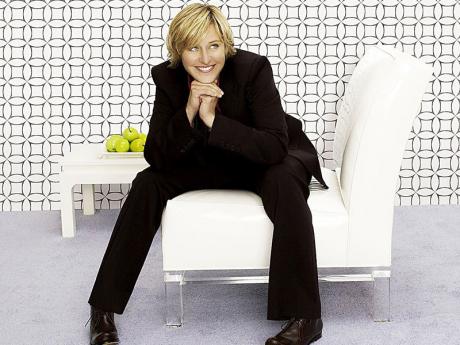 Ellen DeGeneres has been nominated for 12 Daytime Entertainment Emmy Awards.

The talk show host's The Ellen DeGeneres show will go up against Live With Regis and Kelly, The View and The Talk - which features Sharon Osbourne on its panel - for the Outstanding Talk Show award at the ceremony at the Beverly Hilton Hotel on June 23.

Ellen's 12 nods gives her the highest number of nods for a chat show this year, with Oprah Winfrey's self-titled series up for four accolades, including Outstanding Directing in a Talk Show.

The View producer Bill Geddie will be handed a Lifetime Achievement Award at the event for his 30-year service to the TV industry as a producer, writer and director.

Malachy Wienges, chairman of the National Academy of Television Arts & Sciences, said in a statement: "Bill Geddie is an icon in the television industry.

"When he and Barbara Walters created The View 15 years ago, they introduced a new and innovative daytime television talk-show format. We at the National Academy of Television Arts and Sciences are proud to have Bill receive our 2012 Daytime Lifetime Achievement Award."