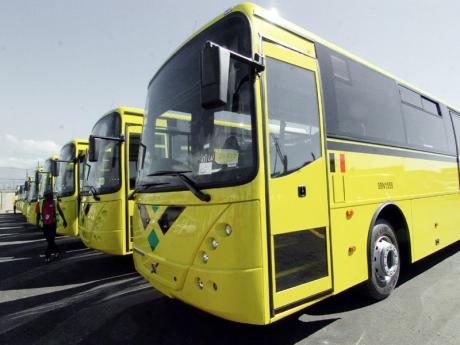 The ailing Jamaica Urban Transit Company (JUTC) expects to carry three million more passengers this year and increase its earning by $595 million, but that will not be enough to stop the bleeding.

In fact, the company is projecting a total loss on its operations of just over $1.8 billion for the year.

Details of the JUTC's projections for the year are contained in the annual report of revenue and expenditure for public bodies tabled in Parliament.

According to the bus company, its projections are based on an unchanged fare structure with an expanded service through the introduction of 65 new buses and the repair of others.

"Greater enforcement and emphasis on most economic routes are assumed in formulating the budget," added the JUTC.

The company said it would depend on the police to clear its routes of robot taxis and a continuous review of the profitability of routes with the intention of adding more buses or discontinuing some subfranchising.